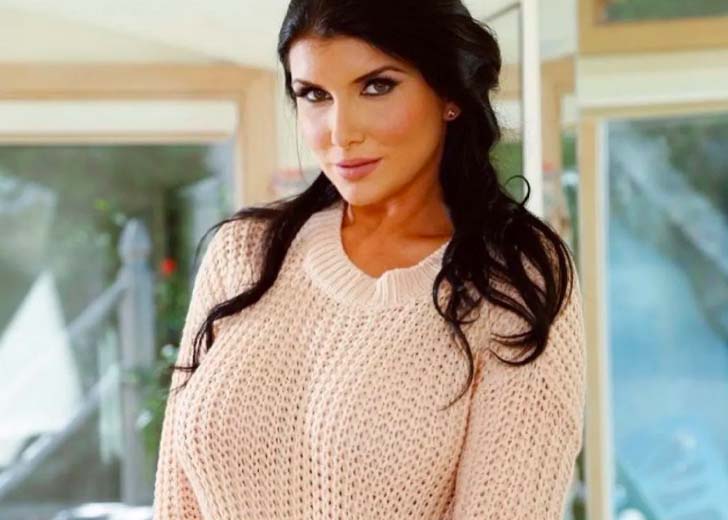 Get to know what Romi Rain thinks!

Romi Rain has been garnering fame for years as a pornographic film actor. But the fans have been eager to learn if she has a personal life outside the adult industry.

So, is Romi Rain dating a boyfriend? The answer is unknown as the OnlyFans star keeps her love life away from the media and public. But, Rain has shed some light on dating people in and outside the adult industry.

During her exclusive interview with Adult DVD Talk in December 2019, Rain was asked the same question — if she dates or has dated someone outside the industry. In reply, she mentioned that she doesn’t date at all, at the moment, due to her work schedule.

“Like they say, you’re either doing really well business-wise or you’re doing really well relationship-wise; it’s hard to balance those two things. So I’ve been hyper focused on the business stuff and am excited about expanding and doing more and traveling more.”

As she went on, she said that she had an awkward schedule that year. It’s so because there were some months when she would stay in Los Angeles for only a week, and sometimes she would stay for three weeks out of a month.

“I’ve been in 5 different states in a month and a half. I feel they never give guys [expletive] when they say, ‘I just don’t have time for a relationship right now!’ I joke with a couple of my civilian friends that [physical relationship] is never a problem because that’s also my job.”

She continued, “No matter what anybody in the industry says, there is no science to dating as an adult performer. I have heard horror story relationships of people dating within the industry just as much as out.”

“Hell, you see most of that unfold on Twitter which I think is worse! I try to keep all my personal business in that realm private. It really depends on the person, compatibility, and trust,” she concluded her statement.

Around 20 months later, in August 2021, Rain sat down with the same interviewer and outlet to answer some more questions, including some personal ones. One of the questions was that when she gets intimate outside of the adult industry, is it with the industry people or civilians?

Rain replied that there is a little bit of both and that she has “friends with benefits situations, and those have been more with industry people.” “It’s obviously a little bit safer, it’s more controlled, everybody gets tested, and everyone understands the in’s and out’s, no pun intended.”

“You’re dating someone in the industry, and they can understand what you’re going through, what’s you’re doing, and all that stuff, but when you date someone outside the industry, there’s this separation of church and state, as we call it.”

Rain said that people outside the adult industry “care about you as a person but don’t want to know as much about your business.” She also said that those are the same people that are more connected to us as human beings.

“Hopefully. That’s why you have to date a fan. I’m not totally against it, but I don’t necessarily want to date a super fan who wants to be around me just because I’m in [adult industry].”

As Rain reached the end of her answer, she opened up by saying that she has dated both men and women who are and aren’t in the adult industry. “I do love both; I am a bisexual woman.”

Romi Rain has dated both men and women (Photo: Instagram)

In the end, she said that her ideal relationship would be with both a man and a woman, even though she knows it’s a little selfish.

In the same interview, Rain was also asked what the kinkiest thing she had ever done was. She replied that she once was in a polyamorous relationship with a married couple for around a year.

Rain then talked about some things that happened during that relationship, including sleeping in the same bed and walking around holding hands. “I think that was pretty kinky,” she concluded her answer.

So, that pretty much does it on Romi Rain’s personal life. To sum up, she has been in some romantic relationships with men and women and one polyamorous relationship. But the details of those partners are yet to be revealed.

Who Are Brittney Griner's Parents? Info on Family and Net Worth