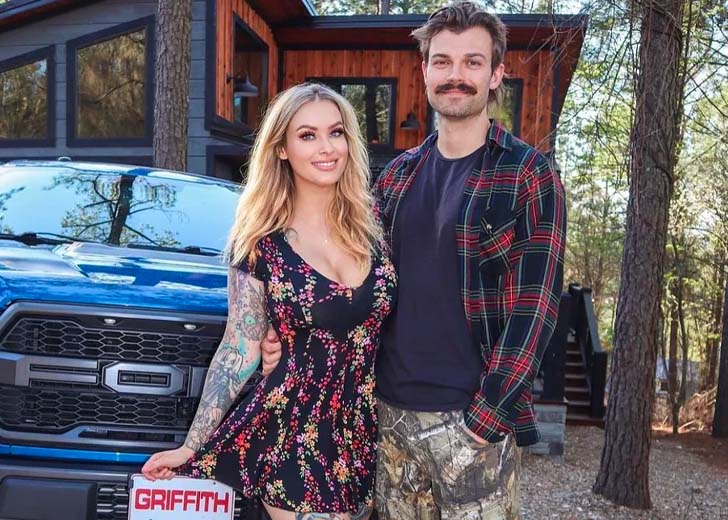 Laura Lux and her boyfriend Braeden Key are now together for more than two years.

On Thursday, July 28, 2022, the OnlyFans star took to her Instagram and Twitter handles to share a series of pictures taken alongside her partner and marked their second dating anniversary.

In most of those pictures, the couple only donned colorful robes, with their location changing from snowy places to barren ones. Similarly, in one of the pictures from Lux’s Instagram post, the two were about to play golf.

Lux then revealed how she met her now-boyfriend while captioning those memorable pictures. She wrote, “two years ago today, [Braeden Key], and I met for a drink after matching on hinge. This weekend we’re moving in together.”

In the end, she mentioned that dating platforms could sometimes be good. Her words were, “good things really can happen on dating apps.”

Under the comment section, one Instagram user commented, “Awe congrats you guys!! Hopefully, that means you found a house!!” In reply to the second line, Lux said they were yet to find a house, but until then, her boyfriend was “just moving in” at her place.

Similarly, there were other positive comments, most of which were from those who met their respective partners through dating apps. One wrote, “I married my wife after meeting on tinder; we have a daughter, husky, and going for a second kid currently!!”

“Yes!! My bf and I just moved in together after two years as well! And met on POF, hahaha congrats guys! Excited for you!” another user commented.

Since moving together, neither of them has given many updates on their day-to-day life. Nonetheless, it could be assumed that they are doing well and might have found a new house, due to which they are busy.

Other than that, Lux and Key are still together. Most recently, on Monday, August 1, the internet star posted some cute pictures and clips on the occasion of her boyfriend’s birthday. Some photos she posted were from the duo’s vacation to several places.

“Happy bday to the world’s #1 mustache-having Canadian cat dad. Love you @braedenkey,” she wrote in the caption along with a party horn and red heart emoji.

Around a year ago, on August 23, 2021, Key had taken to his Instagram handle to share multiple pictures alongside his beau and wished her a happy birthday. In the caption, he even asked his followers to join him “in wishing a Happy Birthday to the greatest GF a guy could wish for.”

After that, he boasted about his girlfriend by naming some of Lux’s nicknames, including “The Verified Versace Villain, The Queen of Couple Goals, The Avocado Toast Assassin, The Mistro of Meal Preps, The Goddess of Gaming, The Tattoo’d Titan, The Commander in Chief of Cat Moms, Your favorite influencers favorite influencer LAURA LUX.”

Going by all that, it could be said that Lux and Key have bonded well over the two years they spent together. And now that they have moved in together, their well-wishers will see more of them in the future.

As mentioned earlier by Lux, she met her future boyfriend on July 28, 2020, after getting to know each other through the dating app Hinge. As their first casual date continued, they discovered a common thing they had; a massive love for The Simpsons.

Following that, they met each other again and eventually started dating. And as expected, they would often get comfortable on Lux’s couch and begin to watch The Simpsons.

One day, Key asked his girlfriend to cosplay as Marge, one of the characters of The Simpsons. Recalling that moment with Mel Magazine, Lux said, “I’d been shooting some other cosplay earlier that day and was showing him the pics.”

“And he was like, ‘You should paint yourself yellow and do Marge,'” she added. However, Key wasn’t serious about that and had only said that in a fun way. Nonetheless, she ordered all the needed things through Amazon and cosplayed as Marge and other characters as well.