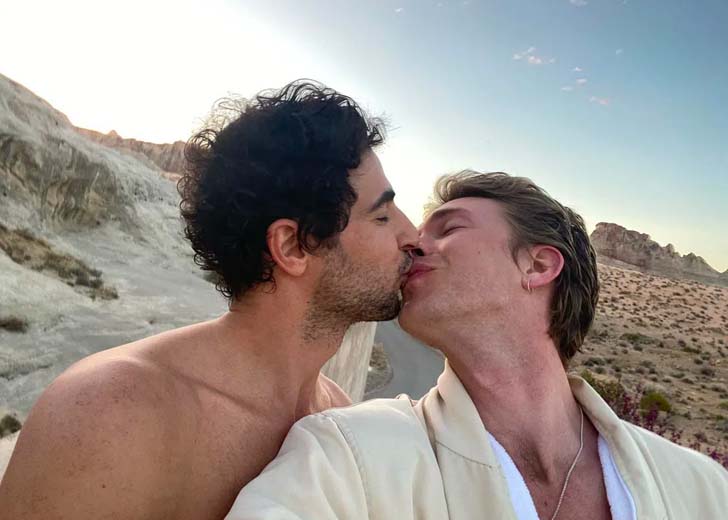 Zac Posen, one of the famous fashion designers, got engaged to his boyfriend, Harrison Ball, who is a professional ballet dancer. On Monday, he disclosed that he is no longer single.

Posen took to Instagram to announce that he was engaged to Ball, as he posted pictures of them along with the ring. Since the designer got engaged, fans have been inquisitive to know more about the man he put a ring on.

Ball also shared the news on his personal Instagram, posting a photo of him and his newly engaged fiancé standing next to two giant twin arrows with the caption, “GETTING HITCHED – CUPIDS ARROW(S).”

Professionally, Ball is a ballet dancer who started his dance training just at the age of four at Charleston Ballet Theater, South Carolina. At 12, he went to a summer program at the School of American Ballet, affiliated with New York City Ballet.

At the age of 13, he moved to New York City to become a professional ballet dancer.  He said [via boysballet], “I wasn’t sure about ballet as a career initially.”

“It didn’t occur to me that it could be something that would occupy your life,” he further added while talking with boysballet.

In 2007, Ball started attending the School of American Ballet, New York and registered as a full-time student that fall. By 16, he had a small apartment in Brooklyn and began talking about contracts.

New York City Ballet only accepts a few young dancers annually, and Ball was one of them. Later, he won a Mae L. Wien Award, which came with ten thousand dollars and some good roles.

Ball continued to flourish, and soon he was a member of New York City Ballet’s ensemble of dancers, jumping across the stage in numerous roles.

When did Zac Posen and Harrison Ball start dating?

As per People, it is not known when the pair first started dating, but Posen decided to go public with his relationship with Ball in April 2021.

As soon as the news regarding the engagement surfaced, many of the pairs’ families and friends congratulated them in the comment section of the post.

Kimora Lee Simons commented, “That is so exciting! Congrats you two!” while Nadine Sierra wrote, “Congrats!!!”

The comment section is full of congratulations from various fans and also famous personalities.

Before dating Ball, Posen was in a romantic relationship with Christopher Niquet, a fashion editor according to E-News.

Not only has Posen designed red carpet looks for a long list of famous artists and celebrities, including Katie Holmes, Claire Danes, Rihanna, and Sarah Jessica Parker, but he has also created custom wedding dresses for Katharine McPhee and Portia de Rossi.

Previously, he spoke about being attracted to the wedding world, saying that he loves how brides and grooms get to convey their personal style in special ways.

Pose described to Hollywood Reporter in 2021 saying, “What I love about weddings is that for many people, their wedding is their one experience in which they have the opportunity to create and fulfill their fantasies through their personal style.”