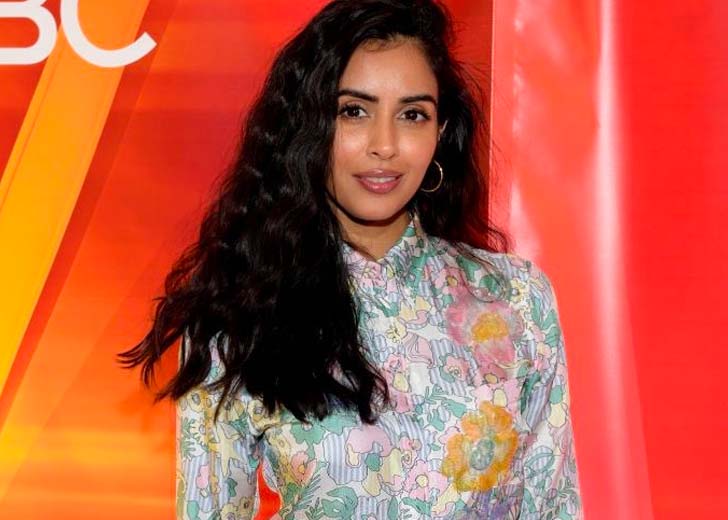 Parveen Kaur is a talented Canadian actress with South Asian roots. She gained immense limelight following her portrayal of Dr. Saanvi Bahl in Manifest. She was a part of the NBC [now Netflix] Sci-Fi TV show for three seasons and will be returning on season 4, that’s expected to air in fall 2022.

In addition to Manifest, Kaur has won the hearts of thousands through her performance in movies and TV shows such as The Strain, Saving Hope, White Night, Workin’ Moms, Edging, Beyond, Through Black Spruce, Acquainted, and American Hangman.

With her rising popularity, it’s evident that people will be interested in looking into Kaur’s profile to learn something new about her. Among many things that her fans want to know, one is her personal life. But one thing is clear, Kaur is yet to get married to a husband.

Is Parveen Kaur dating a boyfriend?

The 33-year-old Canadian has been very private about her personal life and hasn’t shed any light about dating a boyfriend in any of her interviews. Due to that, Kaur’s fans believed that the actress might be single at the moment.

As of now, it remains unknown when and how the couple met or when they began dating. But their togetherness goes way back to early 2013. On March 24, 2013, Dahya posted for the first time on Instagram by sharing a picture of a coffee mug that had his first name.

Additionally, there was pink lipstick on the mug, courtesy of Kaur, as Dahya tagged his beau in the caption and wrote, “Sweets from my sweet.” Since that day, he hasn’t backed down from flaunting pictures of the love of his life.

On the other hand, Kaur opened her public Instagram handle on August 22, 2018. On September 10, 2018, she posted a picture of herself at the Toronto International Film Festival, where she had tagged Dahya.

On October 6, 2019, the actress featured her partner for the first time by sharing a picture in which they were sitting next to each other and having wine and pasta. Two months later, she posted a photo of Dahya with his pet dog and captioned it with three sweat drop emojis.

Since that day, Kaur hasn’t shared any other picture of her boyfriend. But that doesn’t mean they have parted ways, as she often tags Dahya on her photos or gives image credit to him in the caption.

As mentioned earlier, Dahya regularly shares pictures of Kaur. And the last time he did so was on May 7, 2022, when he posted a couple of snaps from his and Kaur’s vacation in Maui, Hawaii.

As of this writing, Kaur and Dahya seem to be together for more than nine years. And going by Dahya’s Instagram feed, it’s only fair to assume that the longtime couple has been relishing every moment they spend together.

Who is Parveen Kaur’s boyfriend?

Kaur’s boyfriend, Reza Dahya, is a fellow Canadian director and photographer. But he is probably best known as the host and producer of OTA Live on FLOW 93.5 FM in Toronto, Canada. He was a part of the radio show for over five years.

As Dahya always loved films, he decided to transition into filmmaking. And in 2011, he directed his first short movie Esha. He then crowd-funded his next short movie, Five Dollars, which premiered at the 2013 TIFF Kids International Film Festival.

The following year, he graduated from the Canadian Film Centre’s Cineplex Entertainment Film Program Directors’ Lab. In 2015, he served as the director for another short film, Chameleon, with Chris Cromie as the writer and Josh Ary as the producer.

Since then, he has directed two more short films – Tuesdays and Thursdays and Theodore – and one big-screen movie, Samanthology. Besides all that, he has served as a sound mixer/designer in multiple short films and TV shows.