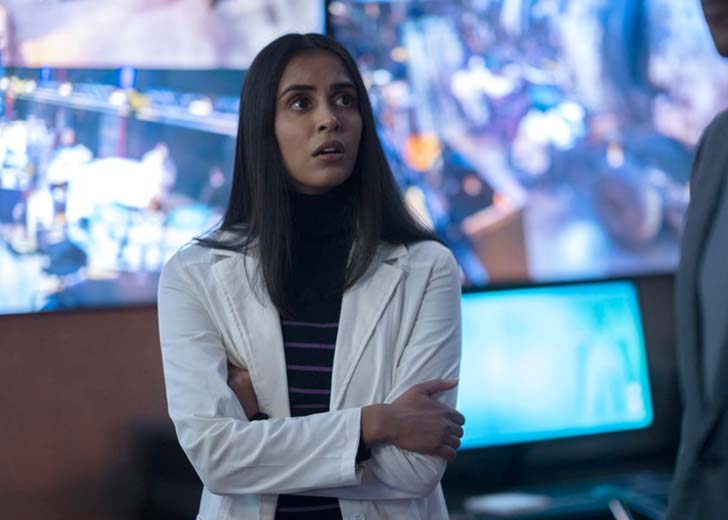 “I mean, this is my first big show, I haven’t done anything remotely close to Manifest,” Parveen Kaur on landing her role in Manifest.

Parveen Kaur is a Canadian actress best known for her role as Christine in Beyond and scientist Saanvi Bahl in Manifest. After being cast on Manifest, Kaur also landed several other roles on numerous series.

She can be seen in Workin’ Moms, 9-1-1, Beyond, and Find a Way or Make One — and has starred in multiple movies like Through Black Spruce, Edging, Acquainted, and American Hangman.

Speaking with shethepeople.tv in July 2022, the Manifest star pointed out how she was required to take on stereotypical roles at the beginning of her career. She said, “It’s all a learning experience, and the best you can do is to try and bring as much humanity and conviction to the role and enjoy the character.”

For Kaur, questions of diversity and equal representation should be asked towards the decision-makers and not people of color.

“All I can do is try to play these characters I am offered, which is very limited. Being a South Asian woman, it’s not like I have a plethora of characters,” she added.

She further explained, “I can take this experience of working on Manifest and show my upbringing that might be different from the writers’ room and may not always be accurate.”

Again, for her, landing her Manifest role was a big deal. During an interview with BriefTake, she described, “I mean, this is my first big show, I haven’t done anything remotely close to Manifest.”

She continued, “Oh, we are so privileged to be able to shoot in New York, it is not common for something like this to happen.”

“New York is kind of another character in the show. For me, as a Canadian coming from a small town in Canada to now live in New York, I mean my first scene I shot outside Manhattan. It was like a dream, and we were very grateful,” she added.

What ethnicity and nationality is Parveen Kaur from Manifest?

Kaur was born and raised in Okanagan Valley, British Columbia, Canada — so she holds Canadian nationality. Talking about ethnicity, she is of Punjabi ethnicity and a Sikh, as per her IMDb profile.

At the age of 18, she moved to Toronto and decided to pursue her acting career in her 20s after leaving high school early.

Kaur’s first role was in the television series titled The Strain where she starred as Ananya Gupta.

Her latest work is NBC’s Manifest where she plays the main role of Dr. Saanvi Bahl. The show premiered on September 24, 2018, centers on the passengers and crew of a commercial airliner who suddenly reappear after being presumed dead for five and a half years.