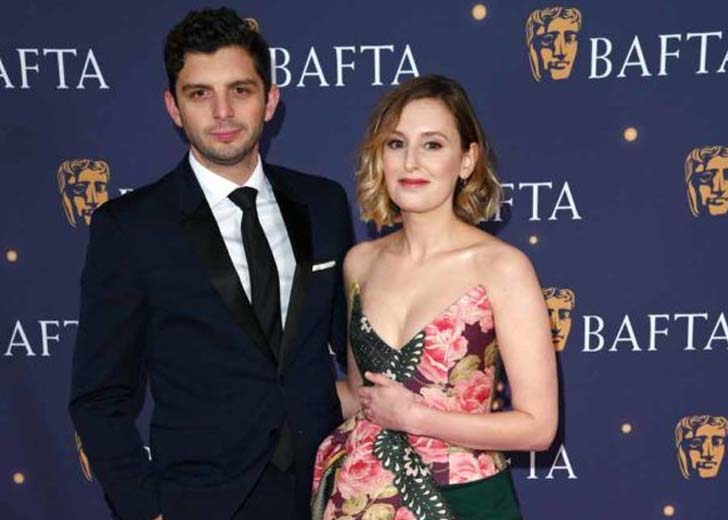 Laura Carmichael and Michael C. Fox have been together for years.

Laura Carmichael is best known for her amazing portrayal of the unlucky-in-love Lady Edith Grantham on the ITV period drama series Downton Abbey from 2010 to 2015 and its 2019 spinoff movie of the same name.

She has again reprised the role in the upcoming sequel movie Downton Abbey: A New Era, which will be released on May 20, 2022.

And although the English actress might play an unlucky-in-love character in the Downton Abbey franchise, she actually met the love of her life while working in the initial television series.

The man we are talking about is her longtime boyfriend, Michael C. Fox, who portrays the role of illiterate footman Andrew Parker in the Downton Abbey franchise. And no, Carmichael is yet to make Fox her husband, and there is no news of them getting married.

Carmichael was a part of the initial Downton Abbey show from its start to the end. As for Fox, he joined the show in its fifth season and remained until the end — the two have been a part of the two sequel movies that followed the series.

It was on the sets of the Downton Abbey series that the couple first met each other – after Fox joined the show – as confirmed by them in multiple of their interviews. Thus, it could be said that they met around 2014 and eventually started dating sometime later.

And although they were together for quite a long time, they only decided to make it known to the public around two years later, in 2016, and one year after the series wrapped up.

Since then, the couple has always been together and stayed by each other’s side in every circumstance. However, as Carmichael and Fox prefer privacy, they rarely open up about their togetherness to the media and don’t share many pictures on their social media handles.

Nonetheless, there have been a few times when they became a bit vocal about their relationship. For instance, Carmichael gushed over her luck to have met her present boyfriend on the sets of Downton Abbey while talking to Town and Country in 2019.

She said, “When you are able to work and love it, it is such a joy. And I’ve fallen in love and made wonderful friends – how lucky am I?”

In another interview, she talked about sharing the same profession as her partner. She said, “I think we’re lucky and support and understand each other. It’s tough, so to have someone who’s got your back.”

“It can be really beautiful when you’re working together and chatting about stuff that’s hard, and they get it,” Carmichael added.

Similarly, in an interview with Sunday Post, Fox spoke about his love life with his girlfriend and clarified that though they met each other while working in Downton Abbey, it surely didn’t form the center of their relationship.

Laura Carmichael and her boyfriend Michael C. Fox at the premiere of ‘Downton Abbey: A New Era’ (Photo: PA)

He said, “We try not to talk about it too much outside of our personal lives. And that was the same on set. It was just professional. We’d go to work and we didn’t want it to be a thing in any way when we were working together.”

“It was great, though, to go to work with your best pal. Apart from that, we like to keep it quite separate from Downton,” the actor added.

Recently, the duo paired up to pose alongside each other at the premiere of Downton Abbey: A New Era held in London on April 29, 2022.

It has been fairly established that Carmichael and Fox like to keep most of the details about their relationship private. And they applied the same thing when Carmichael got pregnant with her first baby with Fox.

Besides, when the couple welcomed their child – a son named Luca – in March 2021, the news was also kept hidden from the outside world.

The news of Carmichael and Fox’s childbirth was only known to the public over a year later, in late April 2022 — it was exclusively shared by The Sun.

A source told the outlet, “Laura and Michael absolutely love being parents and were grateful to have some time away from the limelight to enjoy the moment.”

As the insider went on, they said that the actress had taken motherhood in her stride, adding another string to her bow.

Besides that, not much has been shared with the media or public about the duo’s baby boy. Carmichael and Fox are yet to share the news by themselves and introduce their son to the world. The family of three presently resides in North London.