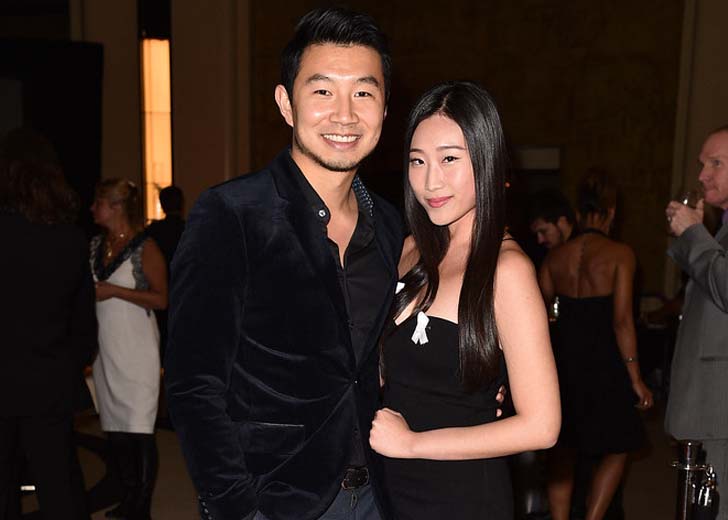 Tina Jung is an aspiring Korean-Canadian actress who recently appeared as Ms. Gardner in Firestarter. In addition, she has appeared in Kim’s Convenience, No Sleep ‘Til Christmas, Queen of the Morning Calm, and Strays.

Besides her flourishing acting career, Jung has also garnered the limelight as the rumored love interest of the Shang-Chi and the Legend of the Ten Rings‘ lead actor Simu Liu.

The speculations of the two stars having a budding romance started sometime after they shared the screen in the CBC Television show Kim’s Convenience — Liu played one of the lead roles of Jung Kim, whereas Jung guest-starred as Jeanie Park in two episodes in 2016.

But, since the rumors of their romantic relationship initiated way back in 2016, fans of the two are wondering if their romance was ever confirmed, and if it was indeed confirmed, then whether or not they are still together.

As mentioned earlier, Jung and Liu’s alleged relationship started after meeting and working alongside each other in 2016 in Kim’s Convenience.

And although some reports say that the rumored couple met earlier than that and had first worked together in The CW show Beauty and the Beast, it’s actually not true. While Jung and Liu did work in the show, they only appeared in one episode each – Jung in 2016 and Liu in 2015.

Coming back to their rumored relationship, fans were more than convinced about them dating after they starred, co-wrote, and co-produced the 2017 short movie Meeting Mommy.

Around the same time, Liu reportedly shared a picture alongside Jung in a since-deleted Instagram post whose caption read, “Hanging out at the top of the rock and being a little tourist n all.”

Next year, Jung posted a couple of pictures alongside Liu and the director of their short movie, Tricia Lee, from the premiere of Meeting Mommy at the Asians on Film Festival in Los Angeles, California.

Since then, neither Jung nor Liu has shared anything related to each other via their Instagram handles. As for their dating rumors, neither of them has come out forward to either confirm or deny it.

Are Tina Jung and Simu Liu still together?

As pointed out earlier, Jung and Liu’s dating speculations are yet to be confirmed or denied by the stars. Due to that, it’s not completely evident that they were actually in a relationship.

Similarly, it has also been established that there has been nothing that has connected them after 2018. Neither they have worked alongside each other nor featured each other on their social media handles.

Additionally, Liu’s Vanity Fair interview from June 2021 gave us a bit of a hint that he wasn’t together with Jung around that time — only if we consider that the two were a thing.

During that interview, he mentioned that he was trying to impress a “cute girl” while attempting to perform his stunts on the sets of Marvel’s Shang-Chi and the Legend of the Ten Rings. He said, “There was a cute girl on the crew that I was trying to impress during a very elaborate stunt.”

“I winked at her and, when I started running, proceeded to lose my balance, fall, banged my knee, and ended up sprawled out 12 feet in the air,” he added.

Considering Liu trying to impress a female crew member and no updates whatsoever on Jung and Liu’s alleged relationship, there could only be one conclusion. And it’s that they were not together from the start, and even if they were, they aren’t together now.

Presently, Jung doesn’t seem to be in a romantic relationship with anyone and thus doesn’t have a boyfriend. Similarly, there are no reports of her getting married in the past. As for Liu, it seems like he is relishing his days as a single man following the huge success of his debut Marvel movie.