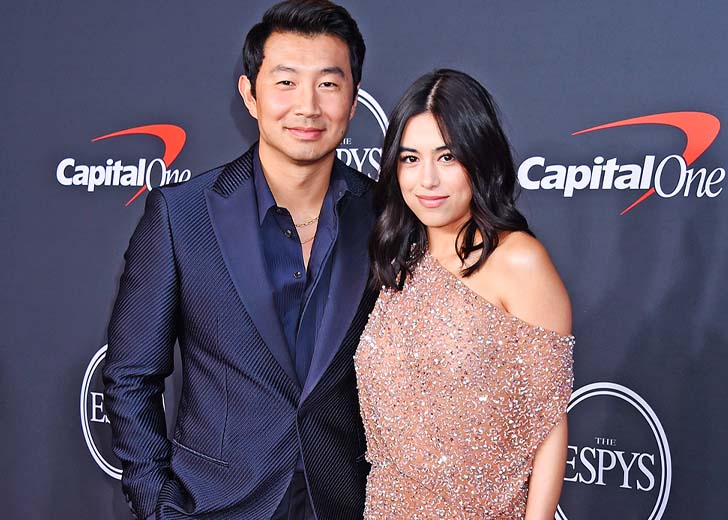 Simu Liu and Jade Bender have made multiple public appearances together in the last one month.

Simu Liu’s dating rumors with actress Jade Bender became stronger when they made their red carpet debut at the 2022 ESPY Awards.

The two posed for pictures together, as the Marvel actor’s rumored girlfriend and actress Bender stood by the actor’s side most of the time.

At the event, Liu was dressed in all-black with a clean pair of black shoes, while Bender was dressed in a sparkling off-the-shoulder gown with heels. The actress completed her look with silver hoop earrings and rings.

But according to People, the pair did not respond to the publication’s requests for comment about their relationship. And that clearly states that they are presently willing to keep things under wraps.

That being said, things haven’t remained hidden from the fans, especially with the duo regularly making multiple public appearances in the last few months.

For instance, the couple’s red carpet date night came just a few weeks after they were spotted at a taping of Jimmy Kimmel Live! together in Los Angeles.

During that show, Liu chatted with guest host Chelsea Handler in Jimmy Kimmel’s absence about his relationship with his parents and a few other things.

Likewise, a week before the actor’s appearance on the late-night talk show, he and his rumored girlfriend Bender were spotted in the West Hollywood area of Los Angeles. They were out for dinner night.

In that instance, the couple was dressed casually, as the actress wore a white halter top and light-wash jeans. On the other hand, the Marvel star paired slacks with a navy-blue long-sleeved shirt.

As per various media reports, Liu and Bender first met years ago and eventually posed together at the 2019 Unforgettable Gala in nearby Beverly Hills.

However, again none of them or their representatives have addressed the dating rumors, making it difficult for the fans to know the actor’s relationship status.

Well, Liu gained a slew of new fans after appearing in Shang-Chi and the Legend of the Ten Rings, which may have led some of his adoring fans to wonder if he has a girlfriend or even a wife.

Before these ongoing dating rumors, the talented actor was also rumored of dating actress Chrishell Stause earlier this year.

But during her appearance on Watch What Happens Live in February, the Selling Sunset star clarified that she wasn’t romantically involved with Liu.

The list of Liu’s dating rumors does not end there. He was also once linked to Korean-Canadian actress Tina Jung. But none of them addressed the rumors.

How To Conduct Video Interviews For Fashion Shows