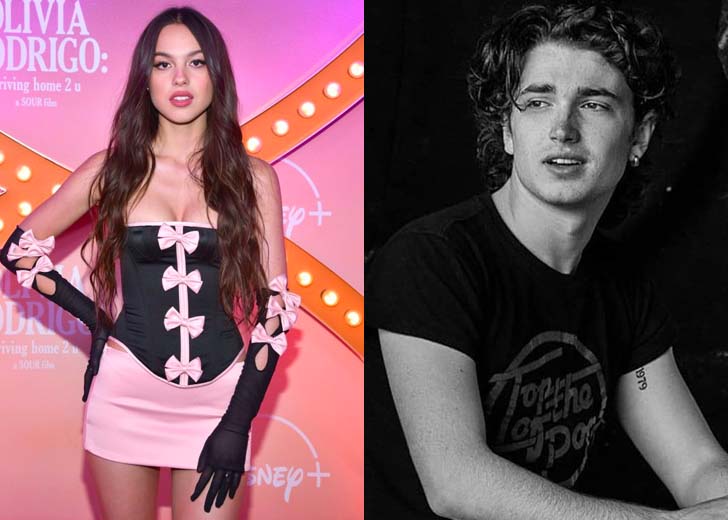 Olivia Rodrigo and Elijah Hewson “got closer when the both played gigs back to back in Dublin.”

Olivia Rodrigo is reportedly off the market again.

According to the internet gossip outlet Deuxmoi, the High School Musical: The Series star is dating a new boyfriend — and the new guy in her life is none other than Elijah Hewson.

Hewson is the son of Irish singer-songwriter Bono. And following his father’s footsteps, Rodrigo’s new rumored boyfriend is also making his name in the music industry, having released a debut album, It Won’t Always Be Like This, with his Inhaler bandmates.

Cut to the chase, he is now being linked to Rodrigo, as per multiple sources.

Rodrigo, who is also a singer-songwriter, reportedly met Hewson “at the Emmy awards” and “got closer when the both played gigs back to back in Dublin.”

Since the news made its way to the internet, many fans have been curious to know if the story is true.

Replying to the tweet, another fan wrote that the Deuxmoi [and their source] might have mistaken the awards show, while implying they feel the news, however, is true.

The fan explained, “I think it is true.. they might have gotten the awards show confused though. Liv’s manager and Iris and Maude follow Elijah, I don’t think that’s a coincidence.”

“rachael just informed me that elijah hewson is dating olivia rodrigo and i screamed into a pillow for a solid 60 seconds straight. this is my joker origin story confirmed,” another chimed.

Someone who also felt the news of Rodrigo dating Hewson was fake wrote, “no bc who woke up and decided to lie about olivia rodrigo and elijah hewson dating.”

All that being said, nothing can be confirmed just yet. That is because neither Rodrigo nor Hewson have addressed their dating rumors.

In the midst of these dating rumors, Rodrigo was spotted kissing Vinnie Hacker at a party a couple of weeks ago. The picture of them kissing was recently posted by teatokroom.usa on Instagram.

But a quick scroll through that post’s comments shows that fans are not convinced the two people in the picture are Rodrigo and Hacker.

One comment read, “It’s clearly not them.. as shown in the picture (2 slide) vinnie is wearing earrings. First slide no earrings. Even still does not look like them that much lmao.”

“I’d be actually surprised if it is them,” another added.

The diva, who rose to fame in the late 2010s with her lead roles on the Disney television programs Bizaardvark and High School Musical: The Musical: The Series, has been linked to multiple men over the years.

The actress was romantically linked to the producer Adam Faze in June 2021. As per Us Weekly, they broke up in February 2022.

Similarly, Rodrigo and her Bizaardvark costar Ethan Wacker secretly began dating in July 2018. They shocked fans by making their relationship Instagram official on their six-month anniversary in January 2019. But they also ended their relationship some months later.

Other guys with whom she has been linked include Joshua Bassett and Zack Bia.