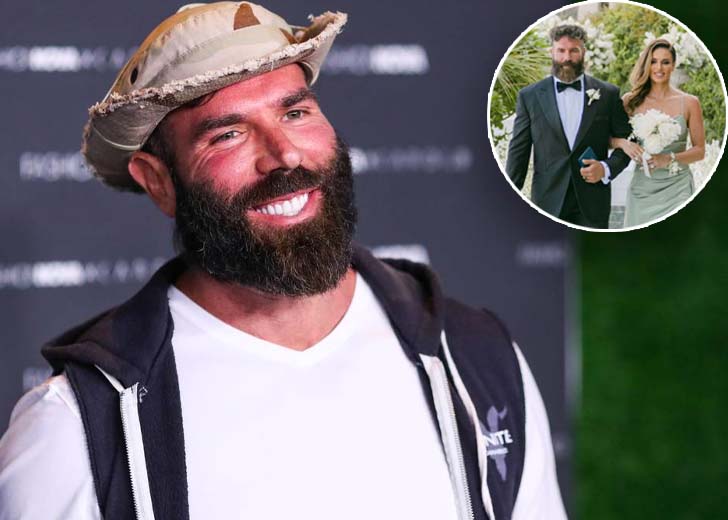 Dan Bilzerian has left his fans shocked and confused through his supposed French wedding.

On Monday, July 25, 2022, the former poker player took to his Instagram handle to share a picture of him walking down the aisle with a mysterious woman.

In the picture, Bilzerian was seen donning a black suit along with a bowtie and a pair of black shoes. Similarly, his supposed wife looked astonishing as she wore a light green dress with a bouquet of white flowers in one hand and her other hand in the arms of Bilzerian.

In addition, the sideways of the aisle were filled with white flowers. Besides these, other details from the post include a location tag of the French Riviera and a caption that read, “I finally did it.”

All of these hints from Bilzerian clearly indicate one thing; he has finally hung his playboy coat and got married. And many fellow internet celebrities believed that Bilzerian got married as they sent congratulatory messages in the comment section.

However, many didn’t believe the news and assumed it was another prank by Bilzerian. Author Dan Fleyshman immediately commented, “FAKE NEWS!!!” And YouTuber Harry Jowsey laughed it off with three laughing emojis.

Dan Bilzerian is said to be married to his supposed mysterious wife (Photo: Instagram)

Likewise, some were trolling through the comments. Bodybuilder Joey Swoll took a dig at Bilzerian, who rarely wore any pants, by writing, “You finally wore pants?” And nightclub owner Jesse Waits wrote, “thank god, less competition,” referring to Bilzerian’s hundreds of hookups with women.

As for how the fans reacted to the news, they were not ready to believe it was real. Some of the fans’ comments were like, “Ain’t no way bruh,” “No way,” “Naw he just at some other wedding,” “I don’t believe you HAHA,” and “it’s a lie right?!”

To sum up, Bilzerian’s supposed wedding with a mysterious partner has left his followers in confusion as they don’t know if it’s genuine or fake. So, has Bilzerian finally tied the knot?

The answer to that question remains unknown as of this writing. The man, regarded as King of Instagram by his fans, hasn’t spoken up about anything on the topic besides the cryptic post he made.

Bilzerian is well-known for living a luxurious life with different women every day. And besides that, he is also known for keeping his personal life super private. He has been in several dating relationships in the past, excluding his hookups, but they have never lasted for a long time.