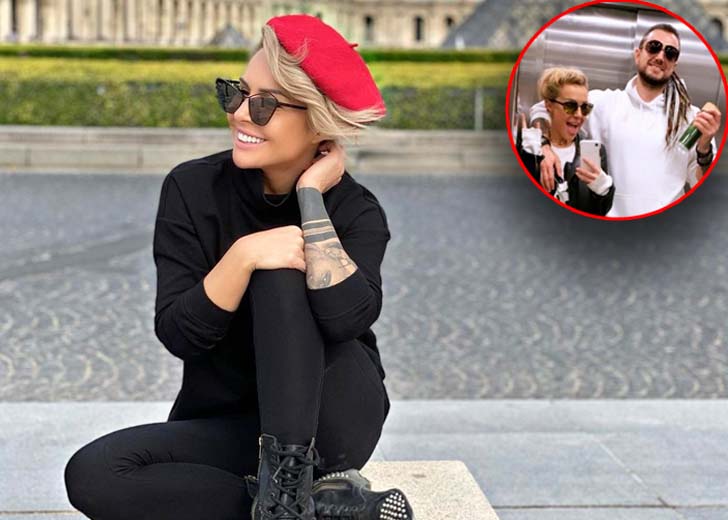 Despite this popularity, the movie gained negative reviews and criticism, and some say it is one of the worst films ever made. Amid that, another sequel, The Next 365 Days, was released on August 19, 2022.

The trilogy was first published in Polish and was later translated to English. Lipinska said that her inspiration for her trilogy was Fifty Shades of Grey and a personal vacation to Sicily.

Lipinska and her ex Alek Baron went their ways after ending their relationship in October 2020. She revealed that it was a challenging period for her, and that made her experience a difficult situation in life.

Moreover, she first surprised her fans in March 2020, revealing she and musician Baron were in a romantic relationship. As per Gazeta, the writer of 365 Days posted an Instagram story from the elevator with the caption, “burn, internet.”

The online community and fans of the author were shocked, and there were loads of comments about the pair’s relationship.

Even though the couple was incredibly in love, the eight-month-old relationship came to an expiration.

The couple’s split was because Baron was not ready for a commitment and a permanent relationship, and Lipinska had no intention of stopping him.

Lipinska reportedly spent some time in the Maldives after her breakup with her ex-boyfriend Baron. Many fans wondered if she went on a trip alone, but she cut off the rumor in one of her Instagram stories.

In her story, she pointed out that the hotel employees took her photos, not her friends.

Is Blanka Lipinska making a movie about her ex-partner Alek Baron?

Lipinska is moving forward and is already working on another movie. She revealed some details of the new production. And as per reports, her new movie is inspired by her relationship with ex-partner Baron.

In the latest interview with Jastrab Post, the author revealed the script for the movie, saying, “let’s remember that I am inspired by my life.”

“I very much respect authors who are able to sew something in their stories that they have no idea about. And I don’t, because I’m not a writer,” she added.

She further unfolded, “I am a creator, and it is a coincidence, out of need. I can only speak in my works on topics that I know, and there’s going to be a lot of truth in this story.”

When a reporter asked her if Baron had contacted her and asked her not to show everything in the movie. She responded, “He didn’t call, and I don’t think he did. I’m also curious to see what happens after the movie.”

The author is also worried that she might get sued by Baron as she clarified, “As far as I know, no. I do not use names and surnames, the story is inspired, so we give everything implicitly. But we’ll have to wait a while.”