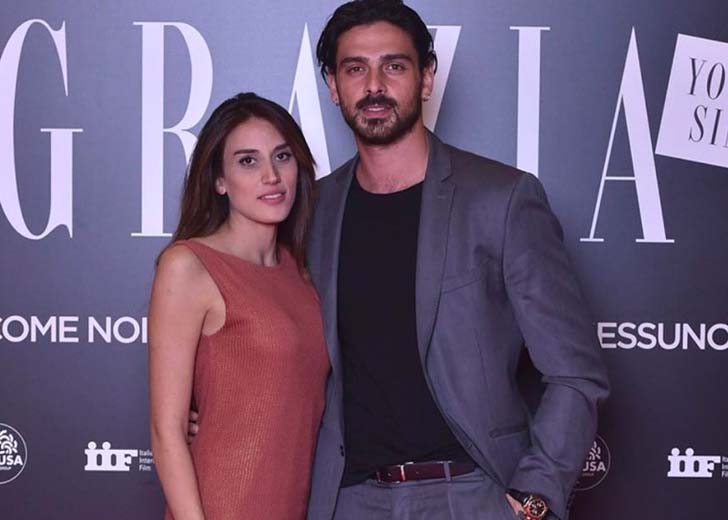 After his divorce from his wife, Rouba Saadeh, Michele Morrone was diagnosed with depression.

Michele Morrone’s life was not always filled with happiness. He rose to prominence and international acclaim with the 2020 sexual thriller 365 Days, but the actor had nearly given up acting before that.

He was in a “deep depression” after divorcing his wife.

Morrone and his ex-wife Rouba Saadeh had a romantic relationship for about seven years after meeting through mutual friends. They later married in a private cemetery in 2014 in the presence of their family and close friends.

They even kept their relationship private and never revealed the date or location of their wedding.

They had two sons after their marriage, Marcus Morrone and Brado Morrone. The couple ended their relationship in 2018 due to disputes and other personal issues.

The exact details of the couple’s split are unknown, but Morrone has said that the breakup of his marriage was very hard on him.

In a 2020 Instagram post, he wrote, “I was about to leave everything a year and a half ago because I didn’t want to act anymore. After divorcing my wife, I was in a deep depression.”

At that time, he was broke and unemployed. So he worked as a gardener in a remote community of about 1000 people to make ends meet.

He added, “When you’re down, fate places the appropriate train in front of you, and if you’re strong enough, you can take it. Believe in yourself always, always, always.”

Many fans believe that the polish film 365 Days caused the couple to split as Rouba got jealous of it. However, it is untrue because Morrone was cast for 365 days following the divorce.

Who is Michele Morrone dating now?

Morrone hasn’t publicly announced dating anyone in recent years, so he appears single. But because of their on-screen chemistry, 365 Days fans believe Morrone and his co-star Anna-Maria Sieklucka are dating in real life.

A few photos of Morrone and Sieklucka shared on social media on April 27 suggest that the couple is dating in real life. The couple is seen holding hands while walking together, and one of the photos shows them kissing at the film’s premiere.

Nevertheless, those rumors are baseless because the actress has been in a long-term relationship with her boyfriend Łukasz Witt-Michałowski since late 2018.

There was a rumor that Michele Morrone and Simone Susinna were dating (Source: Twitter)

Likewise, in June 2021, a rumor circulated that the actor was dating his 365 Days: This Day co-star Simone Susinna. A photo on Morrone’s Instagram page sparked the buzz. The shirtless Morrone embraced Susinna in the picture with the caption, “I’m a liar.”

People began to speculate that Morrone would come out, but he ended the speculation in an Instagram story that has since been deleted.

Morrone’s now-deleted Instagram story was shared by Gay Times. He wrote, “I awoke to my team calling me, saying, ‘There’s a lot of article saying that you came out, referring to the photo he took with Simone.”

“He became a close friend of mine, and we’ve become like brothers. We’re making a film together, and it was only a photograph. Nothing else.”