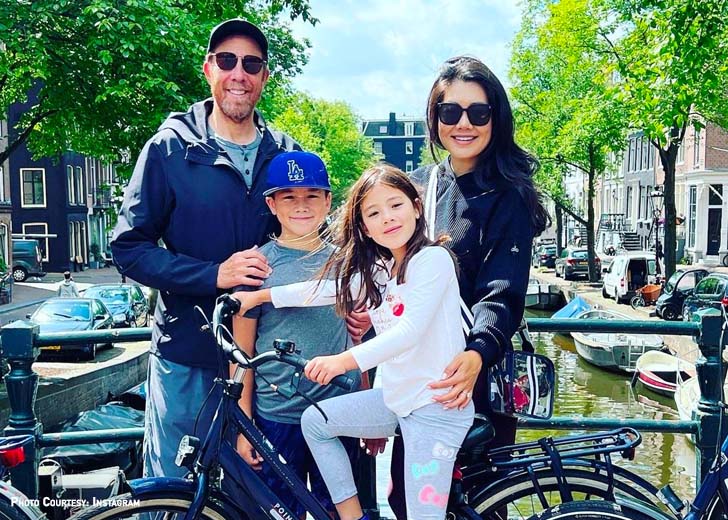 All about Crystal Kung Minkoff’s married life with Rob Minkoff.

Actress and entrepreneur Crystal Kung Minkoff and Rob Minkoff — director and producer — have been married for over 15 years.

The pair celebrated their 15th marriage anniversary on September 29, 2022. On that special day, the producer took to his Instagram to share a lovely collage picture of him alongside her beloved wife.

How did Crystal Kung Minkoff and Rob Minkoff meet?

Crystal, 20 at the time, met Rob at one of his office parties in 2003. He was practicing his piano when a buddy advised her to network with him about a job.

Crystal’s friend told her, “That’s the director of Lion King… maybe he’ll hire you,” directing her toward Rob, who was at the piano.

While that didn’t happen, the two talked about their aspirations for family life and global travel while singing Sinatra all night.

Rob asked Crystal on their first date to the Finding Nemo premiere after they first met. As the credits began to roll, the couple locked hands and sang along to Bobby Darin’s ‘Beyond the Sea.’

After three years of dating, in 2006, the director got down on one knee and finally popped the question in front of a table covered in roses, and a diamond ring, at a restaurant in Beverly Hills.

The  Real Housewives of Beverly Hills star allegedly constantly asked Rob not to pop the question in public or on Valentine’s Day. Rob admitted he might not have been paying attention, according to Grace Ormonde Wedding Style.

Although it might not have been what she requested, Crystal said it was still wonderful to be surprised.

Crystal Kung Minkoff and Rob Minkoff tied the knot in 2007

In 2007, Crystal and Rob married at Saddlerock Ranch in Malibu. Crystal’s direct ancestor and Chinese scholar, Confucius, was honored during their tea ceremony.

Rob added some last-minute touches to the celebrations, but Crystal admitted that she had done most of the organizing.

He devised a scheme to amp up the event with a performance from Crystal’s pop star brother Jeffrey and an after-party in a 1930s Shanghai-style nightclub complete with props from Rob’s movie The Forbidden Kingdom.

Since meeting in 2003, Crystal and Rob have had two children together. Their daughter Zoe is the youngest, while their son Max is the oldest.

On their Instagram feeds, the two kids are constantly in the spotlight. Crystal frequently posts funny pictures of her and her children having fun outside or on exciting travels in Los Angeles. Rob enjoys spending time with his children, whether it is at home or a Disney theme park.

They have 20 year age gap

Rob was 40 years old when the couple first met at his business party. Early in the 1980s, he earned his Character Animation degree from the California Institute of the Arts and made his directing debut on several Disney productions.

Crystal was still establishing herself in society and pursuing her ideal profession. When Crystal and Rob first met, they clicked and fell in love right away.

They complement each other so well that their 20-year age difference was not even a concern for them.