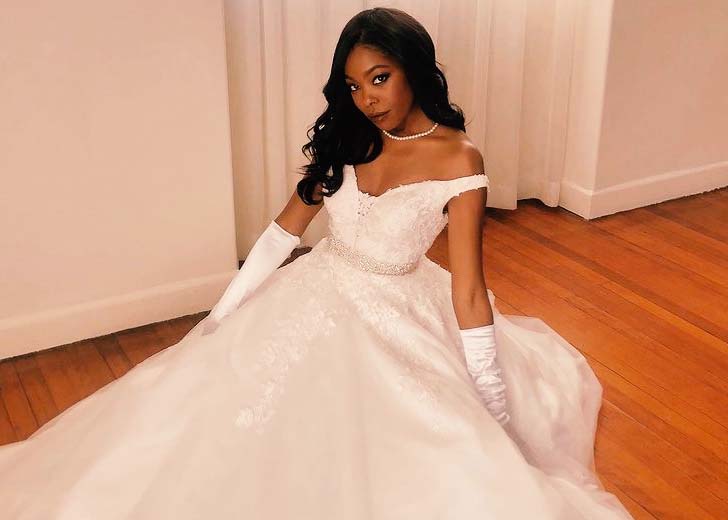 Asjha Cooper is an emerging American actress who is presently making headlines thanks to her character in the NBC medical-drama show titled Chicago Med (2021-22). In it, she portrays the role of Dr. Vanessa Taylor.

Cooper first tasted the real limelight when she got cast as Kia Williams in The CW series, All American (2019-21). In the show, her character is shown as the ex-girlfriend of Spencer James, played by actor Daniel Ezra.

While she is shown as the former love interest of a character in that show, does she have someone special off-screen too? Read on to find out everything about her personal life!

As of this writing, the present relationship status of the actress remains unknown. It is because she is a private person and rarely talks about her personal life matters.

There have been no reports of Cooper dating someone or having a boyfriend. Similarly, she hasn’t given out any sort of hints on her love life.

Additionally, she only posts pictures of herself, with her friends, and her profession on her Instagram handle. However, there is one Instagram post that has raised suspicions from her fans.

The post in question is one of Cooper’s oldest Instagram posts — it is the third post she made on the platform — and was posted on June 21, 2016. The captionless post contained a picture of the actress alongside a man.

Some have believed that it’s her boyfriend. But, it’s still undisclosed who the man is as she hadn’t tagged anyone. It also cannot be said that the man is her partner, without any proof in hand.

So, without any evidence of Cooper being in a relationship, the only plausible conclusion that comes is that she is possibly single and relishing her singlehood days, until she finds a perfect match for her.

Furthermore, as there are no details found regarding her dating history, it seems she also doesn’t have any ex-boyfriends.

Cooper first portrayed her role as Dr. Vanessa Taylor in season six of Chicago Med. She first appeared in the 13th episode of that season, which aired on May 5, 2021. During that season, she is shown as a first-year medical student at Med.

When the show got renewed for season seven, she also joined the show as a recurring character. As of now, her character has been part of all 11 episodes that have aired, with the 12th and season finale airing on January 19, 2022.

At the start of this seventh season, Cooper’s character is shown as one of the residents at Med. Presently, the quick development of her character is yet to be explained.

Other additional information related to Dr. Vanessa Taylor is that at first she is shown as adopted but as the show progresses she finds out that her biological mother is Maggie Campbell, played by actress Marlyne Barrett.

As for who is Vanessa’s biological father, she is yet to find that out and Maggie also hasn’t told her about it. However, as the story continues, it’s for sure that the audiences will learn about it too.