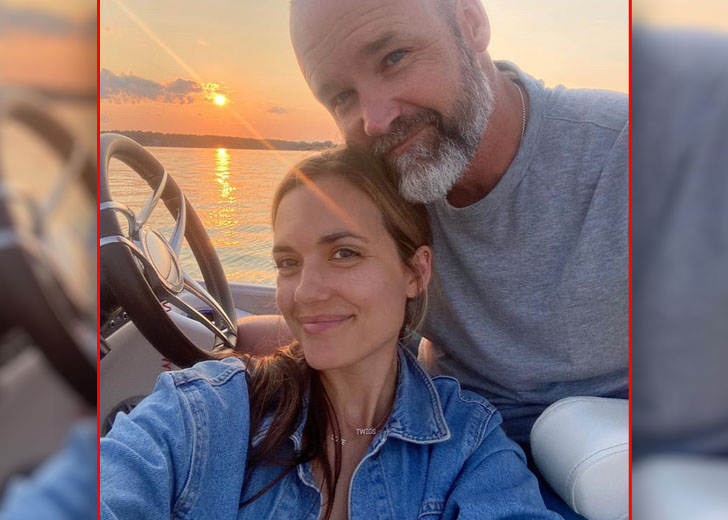 Here is a quick look at Torrey DeVitto and David Ross’s couple moments on Instagram.

Torrey DeVitto and her boyfriend, David Ross, have been giving their fans major couple goals since they began dating.

The American actress and the Chicago Cubs manager have been in a romantic relationship since early 2021 and made their togetherness public on May 7, 2021.

Have a look at their respective Instagram handles and see all the pictures they have posted of each other — starting from the oldest to the newest.

On May 2, 2021, DeVitto teased her relationship with Ross when she shared some snaps via Instagram from her time in Cincinnati. She had asked her well-wishers to save the best for the last picture in the caption.

The last picture was of her Ross, sitting on the bench as he coached his Major League Baseball team. Additionally, she had doodled a heart shape over Ross’ head.

Finally, on May 7, 2021, the Pretty Little Liars actress took to her Instagram handle to share a black and white picture in which she was seen delivering a soft kiss on the former baseball player’s cheeks.

June 8, 2021, was probably a special day for the Cubs’ manager as it was his girlfriend’s birthday. To wish her, he posted a picture taken alongside her – featuring DeVitto for the first time on his Instagram handle.

The photo he shared seemed to be clicked when the already-mentioned black and white photo DeVitto posted was taken. Captioning his post, Ross wrote, “You make me so happy! Happy birthday beautiful.”

On July 6, 2021, DeVitto shared a sweet picture taken alongside her boyfriend on the beach.

In the photo, the couple was sharing a kiss. In her caption, she wrote, “Anywhere, everywhere, anytime with you.”

On August 19, 2021, DeVitto and Ross went on a small hike up to the hills of Colorado. Some of those moments were shared by the actress via Instagram. One of those pictures was of the duo sharing a little hug.

The love birds gave another major couple goals for their fans to ship for on October 5, 2021. DeVitto had posted three pictures in which she was sitting on Ross’ lap and wrapped her hands around his neck.

The baseball manager was kissing the actress’s cheeks in the second picture. Those pictures seemed to be taken nearby a lake as they enjoyed a good time with a good meal.

It seems Ross finally got some free time from managing a baseball team to post some pictures with his beau. On November 23, 2021, he shared a series of images taken with her girlfriend.

Those pictures were taken at a beach as the couple enjoyed a lovely moment while watching an equally beautiful sunset. “There she is,” he captioned his post with a heart emoji attached.

December was a good time for the couple’s fans as they got to see more of DeVitto and Ross. First, on December 10, 2021, the actress shared some lovely pictures with her boyfriend from their time at Miraval Arizona Resort & Spa.

Some more pictures followed up in the upcoming days. Then, on December 24, 2021, Ross and DeVitto posted a funny video in which he terrified his girlfriend a little bit. In the video, he was hiding behind the doors.

A moment later, DeVitto opens the door from the other side and comes in calmly. At that very moment, Ross laughs like a Santa, which gives her a little shock. “David,” she screams.

Then, the year’s final post came on Christmas Day, when DeVitto shared some cute snaps. “Merry Christmas, everyone! Hope your day is filled with love, joy, and cozy PJs. #powerpuffgirls.” she wrote as the caption.

After a long wait of over a month, DeVitto and Ross finally shared pictures alongside each other on the photo-sharing platform.

On the special occasion of Valentine’s Day, both of them took to their respective Instagram handles to share some snaps. DeVitto shared a sweet selfie in which she was kissing her boyfriend’s cheeks.

Ross’s post was rather fun as he posted some funny pictures of his girlfriend. “Mine,” he captioned his photo. His such post might have angered DeVitto a little as she commented, “You’re [dead]! 😂😂 this is what I get for sleeping in. 🤦🏽‍♀️ I love you so much! 💝❤️💝”

On March 19, 2022, Ross turned 45 years of age. To mark that special occasion, DeVitto took to her Instagram handle to shower her boyfriend with some love and take a little revenge on him for sharing her funny pictures.

Her post contained several pictures, some with her boyfriend and some of Ross only – including some funny pictures of him. She made the post more special by writing a heartwarming caption.

She first wished her man on his birthday and said he lights up every room he walks into. She then mentioned that she doesn’t know what she would do without him but lucky for her, she never has to find out.

“I could go on and on forever and make everyone sick talking about how much you mean to me. Instead, I’ll end this here by saying, I love you so much!! Thank you for loving me like you do. Now everyone, go wish @grandparossy a Happy Birthday!” she concluded.

Well, that was the end! But, going by all of these, it surely seems like the duo has been enjoying each other’s company ever since they began dating. And we hope it remains the same.

Before this relationship, both DeVitto and Ross were married people. The actress was married to her co-star Paul Wesley in April 2011 but ended their marital relationship in July 2013. After her split from her former husband, she dated a few other men before finally finding Ross.

As for the Cubs’ manager, he was married to his now-former wife, Hyla Ross, from 2005 to 2020. They share three children: one son named Cole and two daughters named Landri and Harper.