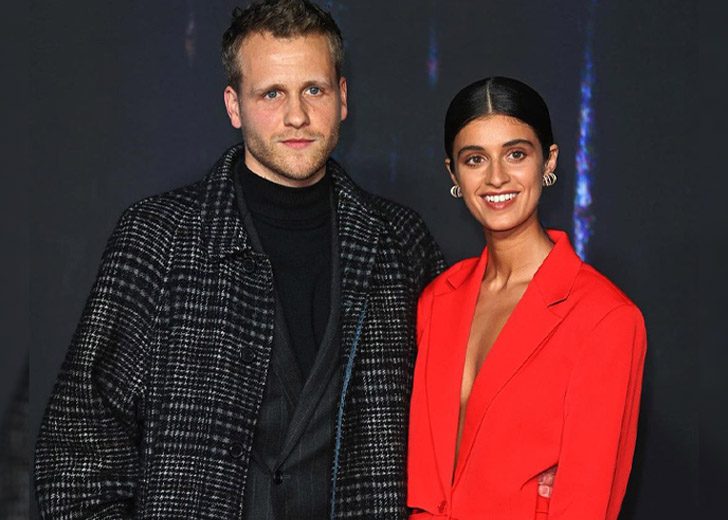 English actress Anya Chalotra has been busy from head to toe with the acting gig that gave her the utmost limelight in her acting career. The gig here is Netflix’s hit series, The Witcher, in which she portrays one of the main roles of Yennefer of Vengerberg.

While there isn’t much to talk about or hidden in her short career [for now], her personal life does have. Chalotra has been very secretive about her love life, however, she has given a few hints, here and there.

The Sherwood actress is yet to get married and settle down with a husband, as of this writing.

There have been no reports of the actress sharing the wedding vows either in the present or in the past. So, it’s fair to assume that she is not someone’s wife.

Although she might not be someone’s wife, she is someone’s girlfriend. That someone here is a fellow English actor named Josh Dylan.

Chalotra and Dylan have reportedly been in a secretive relationship since late 2019 or early 2020. It’s unknown how and when the fellow performers met, but, it can be guessed that their similar professions led them to know of each other.

Their togetherness was probably first seen on January 19, 2020, when they were photographed together in Paris, France during their attendance at the Paul Smith AW20 50th Anniversary show, which was a part of Paris Fashion Week.

Similarly, the first time Dylan featured the actress on his Instagram was on February 23, 2020. He had shared a picture of several people in a bookstore whilst he specifically hide a woman’s face with a dog sticker.

While there were no hints of that girl being Chalotra, Instagram detectives were quick to point out that she was Chalotra. Among those, one had referred to the actress’s role in The Witcher and commented, “A powerful sorceress, they said.”

On June 14, 2020, he fully showed his partner’s face and tagged her as well when he posted some snaps from his and Chalotra’s romantic getaway in a lake, while they swam and boated.

On the other hand, April 13, 2021, was the first time that the actress had featured her boyfriend on her Instagram handle. She had posted a picture of Dylan jumping off a wall. Though his face was hidden, she had tagged him.

Since then, both of them have occasionally shared pictures of each other on their respective Instagram handles. The couple has also made some public appearances as well.

One of their most recent public appearances was when Dylan accompanied his girlfriend to the premiere of The Witcher season 2. Chalotra had shared some snaps from that day via Instagram on December 2, 2021.

Before dating Dylan, there are no reports of her being in a relationship in the past.

Anya Chalotra’s Boyfriend Is Close to Her Brother

As the love birds have been dating since late 2019 or early 2020, it’s sure that they have formed a strong bond and both of their families are aware of their relationship too.

Well, it looks like it’s the same case here. Besides, Chalotra’s boyfriend seems to be close to her photographer brother, Arun Chalotra, as well.

On October 30, 2021, Dylan had shared some photoshoot pictures on his Instagram handle, where he credited his girlfriend’s brother as the photographer.

Arun had also posted the same portrait pictures on his Instagram handle with a simple caption “Josh (October, 2021).” The location tag on his post indicated that the picture was taken in London, United Kingdom.