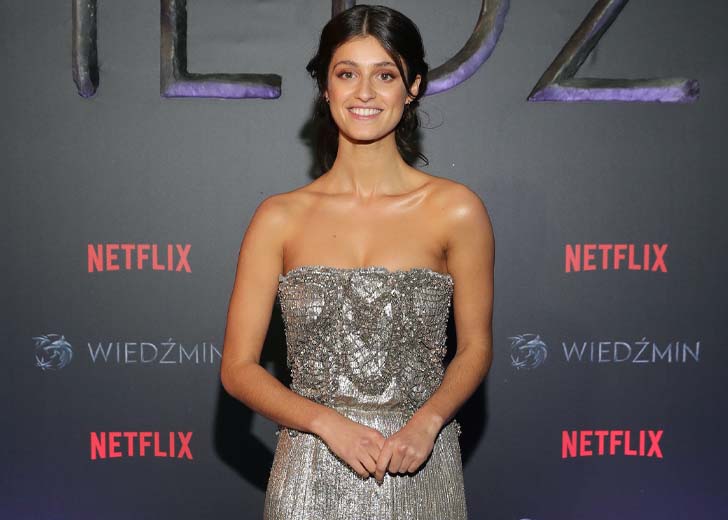 Anya Chalotra has taken the world by storm through her portrayal of Yennefer of Vengerberg in the Netflix fantasy drama show The Witcher.

Her performance as one of the strongest mages in the continent who can single-handedly turn the outcome of a war — as seen in the final episode of season one — has left the audiences mesmerizing.

As per multiple sources, the English actress stands at a towering height of 5 feet 6 inches or 1.68 meters.

The presence of a woman with such height could easily be noticed. One fine example of it could be seen in The Witcher series itself, where she stars alongside a fellow English actor, Henry Cavill, who plays the lead role of Geralt of Rivia.

Cavill, who is 6 feet 1 inch or 1.85 meters tall, doesn’t look much taller than Chalotra in the show and off-screen, too, despite the big difference in their height.

Similarly, her towering height was seen when she was featured on the cover of L’OFFICIEL Poland’s Anniversary Issue in November 2021. The actress of Indian origin had later shared the picture via her Instagram handle, where her beauty amused several of her fans.

“Hottest woman to ever exist,” wrote one fan with three fire emojis attached.

Another fan took to the comment section and wrote, “That is indeed, as some others have indicated, absolute fire!”

Born in 1996, she was raised in the suburbs of Wolverhampton, England. She celebrates her birthday on July 21 every year.

She is the daughter of an English mother, April Chalotra, and an Indian father, Madan Chalotra. Besides her parents, she has two siblings, a sister named Reeya Chalotra and a brother named Arun Chalotra.

Coming over to her education, she was first enrolled at Brewood-based St. Dominic’s Grammar School for Girls. After that, she took training at the London Academy of Music and Dramatic Art (LAMDA) and later attended the Guildhall School of Music and Drama.