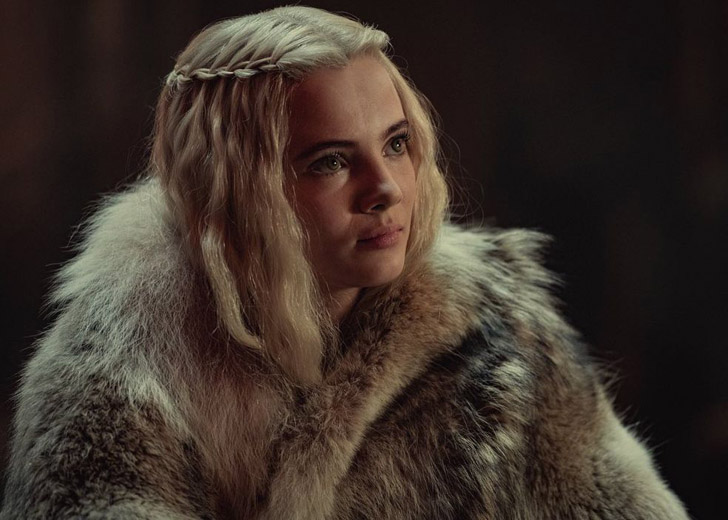 Freya Allan is a rising English actress who came into the limelight for her performance in the Netflix series titled The Witcher. In the fantasy drama show, she portrays the role of Princess Cirilla of Cintra aka Ciri.

Her professional career is as clear as drinking water, however, it is her personal life that has been kept under the wraps.

Is Freya Allan Dating a Boyfriend?

As of this writing, it seems like Allan is not dating anyone and doesn’t have a boyfriend. There have been no reports of the actress having a partner presently.

Additionally, she has kept a low profile around her romantic life and rarely shares anything. Speaking of sharing, she is rarely active on social media platforms, mainly Instagram, and doesn’t share many pictures.

For instance, her first post on Instagram was on July 2, 2019, and since then, she has only made 68 more posts.

Among all those posts, Allan is yet to share a picture with a specific someone who can be regarded as her potential boyfriend. Considering all of that, it’s can be assumed that she doesn’t have a partner and is relishing her singlehood.

It looks like Allan, 20 years of age, is yet to find someone with whom she can share different things.

Much like her present relationship status, there is little to no information available on her past relationships. Presently, there are no details on if she was dating someone in the past or not.

There has only been one instance when she was linked to someone. It was when Allan had shared a picture with the Polish actor Maciej Musial via Instagram on November 28, 2019. In the picture, she was holding a red rose, which many thought Musial had given her.

“James McAvoy’s performance in Cyrano de Bergerac was truly inspiring,” she had written on the caption.

The red rose gave many people the thought that they were a thing. However, neither of them gave any comment on the speculations. Later, the actress deleted the post and the rumors remained buried.

In addition to that, on December 2, 2019, Allan had posted a picture of a man walking a dog on a roadside along the beach. She had also tagged the person and it was Adam Levy, her co-star on The Witcher.

Although some had doubts that they were dating, it didn’t seem so to others. Furthermore, that was the last time she had featured Levy on her Instagram handle.