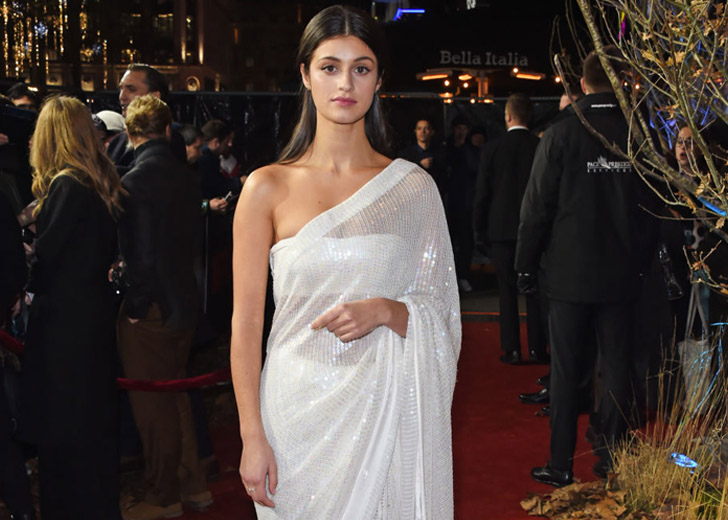 Anya Chalotra is an English actress who has attained huge limelight for her portrayal of Yennefer of Vengerberg in the two seasons of the Netflix hit series The Witcher (2019-21).

In addition, she is known for her role as Jennifer Ashman in Wanderlust (2018) and Robin Loxley in Sherwood (2019).

While the actress has gained success and spent most of her time in western society, her upbringing is rather eastern.

Anya Chalotra Is of Indian Origin

She was raised in a mixed heritage household with different cultures due to her parents coming from two separate countries — her father is an Indian, and her mother is English.

Continuing her statement, she told the Magazine that her dad is from Punjab, a state of India, and he is one of eight siblings. “He wasn’t going to let me forget that I’m Indian just because we didn’t live there,” she further added.

Chalotra had paid a visit to her father’s country back in 2019, ahead of the release of The Witcher’s first season. During her time there, she had a great experience and was impressed by the culture and everything.

“My dad took me to his hometown and I met my aunties and family. It was such an amazing time,” she told the Magazine.

Additionally, she learned many things, including making naan, a traditional Indian cuisine. She spent a little over two-and-a-half weeks in India and did several things, including visiting Amritsar’s Golden Temple and giving an interview with Vogue India.

She had even shared some snaps of her time there via her Instagram handle. For instance, on November 5, 2019, she posted a picture of a man in traditional Rajasthani clothes playing a musical instrument while she was in Jaipur, Rajasthan.

Previously, on August 9, 2018, she had shared some old pictures of then-Indian society that her mother had dug up for her. She captioned her post, “Getting my Mama to dig up old photos of family in India. #TheVillage My heart is full.”

Well, going by those, it seems like though she was raised in the western society in the big cities, she hasn’t forgotten her Indian heritage, which has a special place in her heart.

Apart from her parents, she has two siblings: a sister named Reeya Chalotra, aged 25 as of 2017, and a brother named Arun Chalotra, aged 19 as of 2017. While her brother is a London-based designer and photographer, details on her sister aren’t disclosed.

Furthermore, little to no details are available on her parents and their professions.

Her Father Helped Her Discover Her Talent

Chalotra had a little bit of natural flair for showmanship when she was just a child. However, she was able to harness it fully thanks to a bit of push from her father.

As the actress told Vogue India, when she was about eight-year-old, her family members had gathered for a small get-together. During that moment, her father asked her to sing an Indian song.

Upon her father’s request, she sang an Indian song. And, it was at that moment she realized that she loved the attention. Following that, she decided to become an actress and focused on that.