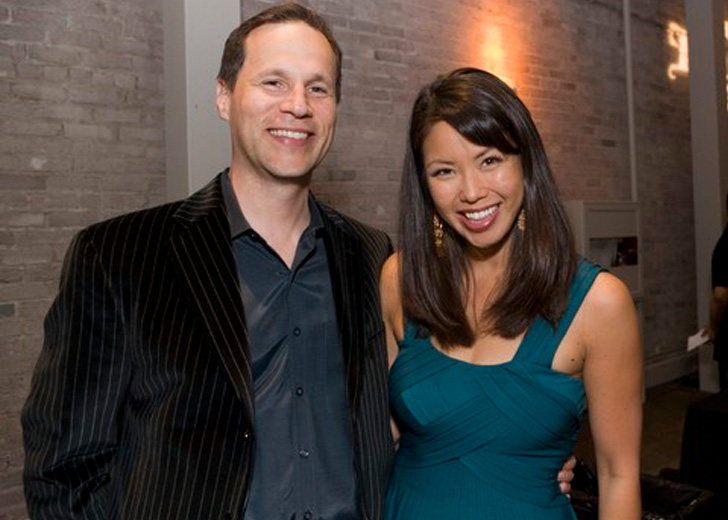 Previously, she worked for over 8 years at KGO-TV ABC7 in San Francisco, where she covered stories ranging from the deadly San Bruno gas fire to the steroid scandal in professional sports.

In addition to that, she was the host of the afternoon talk show The View from the Bay for its entire 4-year run, where President Jimmy Carter, Former Secretary of State Hillary Clinton, and TV Host Oprah Winfrey appeared as guests. On popular demand, she also co-hosted the show Live with Regis and Kelly with Regis Philbin.

For her dedication and hard work, she has been rewarded time and again. She is the recipient of 3 Emmys for her coverage of the Valley Fire in Middletown, the Ghost Ship warehouse fire in Oakland, and the North Bay Fires in Wine Country.

But all that was about her professional life. But what about her personal life — who is Janelle married to? Get along to learn that!

Janelle Wang is a married woman. She has been married to attorney Matt Nelson since December 2009.

However, the NBC Bay Area anchor manages a very private personal life and does not even post much related to her husband.

That being said, the two had dated each other since before 2007. They even attended a modeling event at the Westfield San Francisco Centre in San Francisco in January 2007.

After the wedding, Janelle and Matt also went on honeymoon and they were accompanied by their few close friends. Sharing the occasion, the NBC anchor took to her Twitter on December 17, 2009, and stated that the couple was enjoying themselves with their friends.

She wrote, “A honeymoon with your closest friends seriously rocks. Girls and I can go to the spa guilt-free cuz hubby and the boys are playing bball.”

Janelle and Her Husband Have a Baby Girl

Janelle and her husband Matt welcomed their first baby, a daughter named Hailey, together on March 15, 2016.

Their daughter celebrated her 5th birthday on March 15 this year and the NBC anchor had a long paragraph to dedicate to her daughter on the occasion.

Janelle expressed through her Instagram post that she and her spouse were so proud of her because she had to spend her entire 4th year inside the home without preschool and no outdoor sports.

Besides, the news anchor often posts pictures of her daughter on her Instagram and expresses her love for the little one every time.

To date, Janelle Wang has not revealed her actual date of birth which keeps her age a mystery. However, she is reportedly above 40-year-old and celebrates her birth on the 26th of September.

She studied at the University of California in San Diego and later completed her graduation in the field of Mass Communication/Media Studies and Economics.