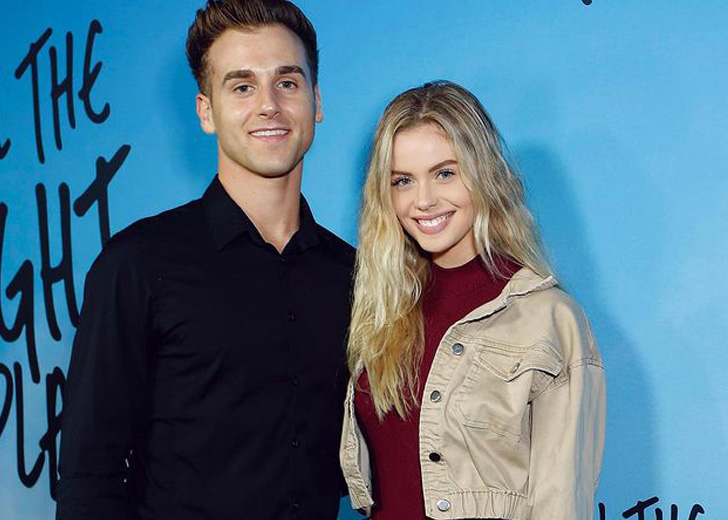 Tal Fishman and his girlfriend Maddie Dean celebrated the completion of their two years of togetherness.

On April 15, 2021, the YouTuber took to Instagram to mark their 2nd dating anniversary with a selfie of the couple while on vacation to Maui, Hawaii.

A beautiful island and a sunny day were in the background, as Dean placed her hands on his chest, showing off her beautiful ring on her ring finger.

He also stated that he was lucky to be with Dean, who makes him laugh even at his lowest points. He expressed, “I’m in awe every single day as to how lucky I am to be with someone that makes me laugh non-stop even at my lowest points.”

“You make me a better person and I am so grateful to grow older with you. Thank you for being my everything. I love you. @maddie_dean,” he added.

Commenting on the post, Dean dropped “I LOVE YOU” with two heart emojis.

Dean, who is a fashion model and a YouTuber herself, also wished her 24-year-old boyfriend a happy second anniversary on the same day. She took to Instagram to write about the special day and posted a series of their adorable pictures.

“Happy 2nd Anniversary to the love of my life and my best friend,” she captioned the post. “I am so lucky that you are mine forever. You are the most giving, genuine, caring and big hearted person I’ve ever met.”

She even wrote that the last two years with him was a crazy ride and wished to celebrate the rest of her days with him.

Going by those details, Fishman and Dean have been dating each other since April 2019.

Together for Two and Half Years

On June 7, Dean urged her fans to ask her questions using Instagram Stories’ ‘Ask Me Anything’ feature. One fan asked her, “How long have you and Tal been together?”

In reply, she shared an Instax picture of her and Tal and stated that the couple has been together for “two and half years.”

In another story, she also revealed that she is the best prankster between her and Fishman.

Who is Maddie Dean?

She was born on September 29, 2000, in the United States. Dean is originally from the small town of West Chester, Pennsylvania, who later moved to Los Angeles, and now lives with her boyfriend.

The model has blonde hair, blue/green eyes color, and stands tall at the height of 5 feet 9 inches.

She is represented by Elite Model Management and State Management Los Angeles.

Fishman is a renowned YouTube personality who manages three YouTube channels. His most popular channel is ‘Reaction Time’ which has over 15 million subscribers.

Fineman also has two siblings: a brother Adi Fishman, and a sister Shani Fishman. His brother Adi is also a YouTube content creator, whereas his sister Shani works as an office coordinator at his company, Tal TalentX Entertainment, a digital space talent management company.

He reportedly has earned a huge net worth from his career so far. His estimated annual income is over $2 million from YouTube.