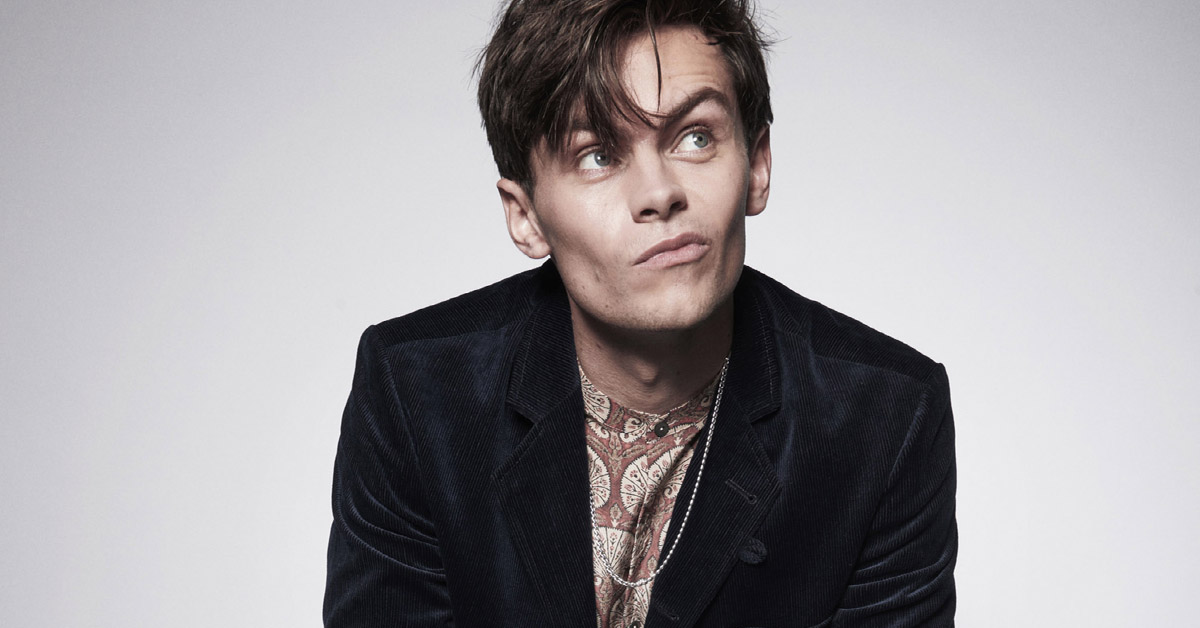 Freddy Carter made his onscreen debut in the DC Comics movie Wonder Woman (2017) and now portrays Kaz Brekker, Leader of the Dregs, in the Netflix series Shadow and Bone.

English actor Freddy Carter is Kaz Brekker in the Netflix fantasy series Shadow and Bone. The actor has been cast to play Kaz, the Leader of the Dregs, known as Dirtyhands, alongside Jessie Mei Li, Ben Barnes, Amita Suman, Kit Young, and Archie Renaux.

Carter had previously appeared in another Netflix series, a drama Free Rein, where he portrayed Pin Hawthorne from 2017 to 2019.

In addition to that, the young actor has appeared in some notable projects such as Wonder Woman, Pennyworth, and The Convent, in his brief career so far.

His rising popularity and alluring personality have, therefore, made people interested to know about his personal life.

Get along to learn interesting wiki details about Freddy Carter, including his age, height, family, role in Wonder Woman and Shadow and Bone, along with details of his love life.

He spent his majority part of his childhood in Somerset and some years in Cyprus and the United States.

Freddy attended Queen’s College in Taunton and later, studied acting at the Oxford School of Drama, from where he graduated in 2015.

Likewise, the Shadow and Bone actor is tall with a height of 6 feet (1.85 meters).

The Free Rein actor has been quite private when it comes to his parents. He has shared or disclosed very less information about them publicly so far.

That being said, it is understood that Freddy is the youngest son amongst the three children of his parents. His older brother’s name is Tom Austen, who is an actor known for his television appearances as Jasper Frost on The Royals and Guy Hopkins on Grantchester.

Freddy has been managing a relationship with his girlfriend Caroline Ford, an English actress. Caroline is best known for portraying roles as Sam in the Netflix series Free Rein and Sophie Longerbane in the Prime series Carnival Row.

Although the couple has not disclosed their relationship timeline and how long they have been together, Freddy had first posted a picture of Caroline back in July 2017 on Instagram. Going by that, it can be assumed that they might be dating since 2017.

And since dating each other, both Freddy and Caroline post pictures of one another on their social media and often writes heartwarming captions.

Most recently, on Freddy’s birthday on January 27, 2021, Caroline posted his picture and wrote, “Happy Happy Birthday @freddycarter1. I would not have wanted to be stuck in a flat with anyone else. Thank God for you.”

Likewise, Freddy had last shared Caroline’s picture on his Instagram on May 13, 2020, on the occasion of her birthday. He expressed his love for her through the caption, writing:

Definitely, the power couple has a very strong bond, and if things go right, their engagement and marriage announcement isn’t far enough, too!

The talented actor Freddy started acting, right after his graduation in 2015, as he was featured in the company of the Rose Theatre Kingston production of The Wars of the Roses.

It was, however, in 2017 when he made his onscreen acting debut with his portrayal of a Soldier in the DC Comics film, Wonder Woman. In the same year, he also appeared in the Netflix series Free Rein, where he acted as the main character Peter “Pin” Hawthorne.

Following that, he starred in movies and TV shows such as The Convent, 15 Days, and Pennyworth. In 2019, he even wrote and directed his first short film, No. 89.

Presently, he is one of the prominent cast members of the Netflix series Shadow and Bone, where he portrays Kaz Brekker. He was announced as the star of the series in October 2019.

Besides, his successfully rising career also has helped him collect a net worth of $210,000, according to sources. His source of earning is his salary that he receives from his acting works.