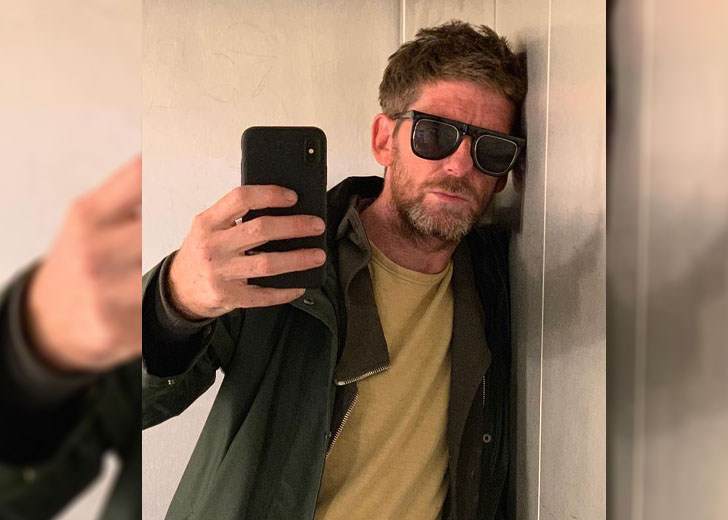 If you have watched the BBC hit TV series, Peaky Blinders, then you must surely know Paul Anderson, the actor who plays Arthur Shelby. If not, then here is a little introduction to him.

Anderson is an English actor who has garnered the limelight through his amazing performances in movies and TV shows. Born on November 19, 1978, he made his acting debut in 2005, as a cameo in another BBC hit show, Doctor Who.

His first major role came in 2009 when he portrayed the role of Bex in the movie The Firm. Ever since then, he has never looked back and has continued to work hard and garner fame.

Currently, he sits with 31 acting credits to his IMDb profile, with two more to be added when the movies, Nightmare Alley (will release on December 17, 2021) and Immortal (currently being filmed), comes out.

Here is a look at Paul Anderson’s top 5 movies and TV shows as per IMDb rankings!

Starting off the list in ascending order, the first one is the 2011 movie titled Sherlock Holmes: A Game of Shadows. It has an IMDb rating of 7.5 out of 10.

This action-adventure-mystery movie is the sequel to 2009’s Sherlock Holmes. Its synopsis is, “Detective Sherlock Holmes is on the trail of criminal mastermind Professor Moriarty, who is carrying out a string of random crimes across Europe.”

In this movie, Anderson plays the role of Sebastian Moran, one of Moriarty’s [Sherlock’s enemy] henchmen. Starring alongside him are Robert Downey Jr. as Sherlock Holmes, Jude Law as Dr. John Watson, Jared Harris as Professor James Moriarty, Rachel McAdams as Irene Adler, among others.

Downey Jr. starrer Sherlock Holmes is slated to have a third part as well, with all of the lead cast members, including Anderson, reprising their respective roles. It was set to be released on December 22, 2021. However, due to some issues, the movie has been delayed further.

The Revenant is an Academy Award-winning movie directed by Alejandro G. Iñárritu. It has an IMDb rating of 8.0 out of 10.

In this 2015 action-adventure movie, Anderson plays the role of Anderson. Accompanying him are Leonardo DiCaprio, Tom Hardy, Will Poulter, Domhnall Gleeson, and others.

This particular movie went on to win 92 awards, including three Academy Awards and received a total of 188 nominations.

Its synopsis is “A frontiersman on a fur trading expedition in the 1820s fights for survival after being mauled by a bear and left for dead by members of his own hunting team.”

The third one on the list is the 2011 TV mini-series, The Promise, which was nominated for two BAFTA TV Awards. It has an IMDb rating of 8.4 out of 10.

In his four-episode mystery-war mini-series, Anderson, who stands at a height of 5 feet 9½ inches, portrays the role of Sergeant Frank Nash. Other cast members were Claire Foy, Christian Cooke, Itay Tiran, Ben Miles, and so on.

The official synopsis of the show is, “A young British girl travels to Palestine, retracing the steps of her grandfather – a British soldier stationed there in the 1940s.”

Top Boy is a 2013 Netflix television show which was created by Ronan Bennett. It has an IMDb rating of 8.4 out of 10.

“Two London drug dealers ply their lucrative trade at a public housing estate in East London” is the official synopsis of the crime-thriller show.

It stars Ashley Walters as Dushane, Kano as Sully, Shone Romulus as Dris, Micheal Ward as Jamie, and others. In this award-winning show, Anderson appeared as Mike in the first three episodes of the second season.

Sitting on the top of the list is the BBC hit crime-drama series Peaky Blinders. It has an IMDb rating of 8.8 out of 10.

Set in the early 1900s, in Birmingham, England, the show follows the journey of the Shelby family right after the First World War. Based on a real urban youth gang of the same name, this BBC show has garnered huge fan-following from across the world.

The show has managed to grab 21 awards and receive 47 nominations at several award ceremonies.

The show has already been renewed for a sixth season which is set to release in early 2022. In January 2021, it was announced that the sixth season will mark the end of the show.

Posted on September 17, 2021September 17, 2021
Cleo Rose Elliott is a well-known American model, singer, and musician who was born in fame as the daughter of a famous couple: Sam...
Read More