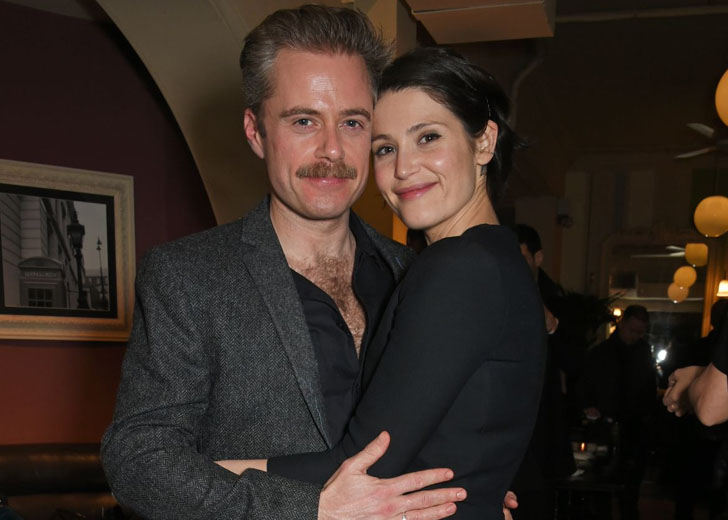 Get an inside look at Rory Keenan and his wife Gemma Arterton’s married life.

Rory Keenan is a lucky man whose professional work led him to his current wife.

The Irish actor has been in a blissful marital relationship with his fellow actress wife, Gemma Arterton.

The couple has been together for over four years and married for over two years now. Here is an in-depth look at their relationship!

The presently married couple first met each other around early 2017 when they starred together in the West End play Saint Joan by George Bernard Shaw.

Months later, in July 2017, the couple was spotted kissing at Barclaycard’s British Summertime Hyde Park. At that time, a source told The Sun, “Gemma is still very much in the honeymoon phase with Rory and they are really enjoying each other’s company.”

“They were not holding back on the public displays of affection and spent the entire afternoon together. They had no worries about anyone seeing them kissing and cuddling. Gemma and Rory have been seeing each other for a few months and have been keeping their relationship quiet.”

Although it was quite evident that they were dating, they didn’t confirm their togetherness and went fully public with it until late 2018. Months later, in May 2019, it was rumored that Keenan and Arterton got engaged.

The speculations came when Arterton was spotted with a huge diamond engagement ring on her ring finger during her attendance at the Mayfair dinner in honor of designer Michael Kors. Their engagement was eventually confirmed.

Two years after they began dating and less than a year after getting engaged, the Peaky Blinders actor and the Bond movie actress decided to share the wedding vows.

On September 15, 2019, Irish Mirror exclusively revealed that Keenan and Arterton had gotten married one fortnight ago – they got married on September 1, 2019. It was revealed that their marriage was held in a private ceremony at Ballybeg House in Co Wicklow.

At that time, the owner of Ballybeg House, Paddy O’Toole, said, “I genuinely cannot comment, but I wouldn’t want to. It’s a very private venue, and whoever gets married there, it’s up to the couple themselves if they want to make it public.”

In December 2020, Arterton did an interview with Red magazine where she revealed that she wasn’t thinking of marriage, but when she met Keenan, she wanted him to ask her for marriage sometime in the future.

She said, “I wasn’t really thinking about a relationship or marriage. Even though everyone said to me, ‘Oh, you’ll be like Elizabeth Taylor; you’re going to get married eight times.’ But when I met Rory, very early on I thought, ‘Oh, I hope he asks me to marry him one day!’”

“He has the most beautiful soul. And I think he was raised by amazing parents and has an incredible family. He’s a really good man. I think that as you get older, that’s what you need, that’s what you want. I just want to feel like I’m with someone that is good and makes me feel good,” she added.

As of now, the couple has been married for more than two years. They are yet to have children, but they do have a pet dog, an English Cocker Spaniel, whom they regard as their child.

Speaking about their pet, she said, “He’s just a bundle of joy – the most loving, sweet-natured, silly creature. Rory and I call him our first-born son.”

Furthermore, the actress had previously told Red magazine that she does want to have kids in the future, but sometimes she thinks about the world we live in and becomes unsure about how she feels about bringing a kid into this world at the moment.

Before Arterton’s marriage with Keenan, she was once a married woman. She was married to an Italian businessman named Stefano Catelli in 2010.

However, the two separated just three years later, in 2013. The divorce papers were filed later, and it was finalized in 2018. Speaking of her marriage, she told Marie Claire, “It was a wonderful time, and I have nothing bad to say about it.”

She continued, “Even if they don’t last relationships can enrich your life in some way and then you move on to the next part – it’s all part of the process of living.”

After that, she mentioned that her broken marriage brought up a conflicted feeling about marriage in her. She stated, “I don’t know how I feel about marriage; whether it’s really necessary. If you are not religious, what does it mean?”

“I’d always thought that – then I got married. And now, I still believe in what I believed in when I was a child. I like the idea there’s a soulmate out there. I’m yet to meet that person,” she concluded.

Following her split with Catelli, she started dating Franklin Ohanessian after meeting each other on the sets of her film The Voices. Their togetherness didn’t last for long, and they eventually split.

On the other hand, Keenan was in a relationship with Amy Huberman in the early 2000s. The former couple had worked together in the RTE drama series On Home Ground.