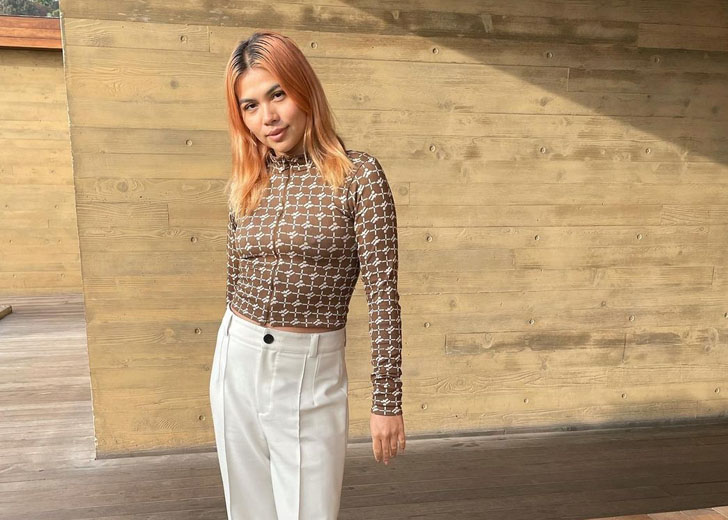 Hayley Kiyoko is a renowned American singer-songwriter and actress who has garnered major limelight through her talents. She started at a young age in the entertainment industry with majors roles in some movies and TV shows.

Coming over to her singing career, she founded the band The Stunners in 2007 – it was disbanded in 2011. Kiyoko later went on to work solo and released three EPs: A Belle to Remember, This Side of Paradise, and Citrine.

She released her debut studio album titled Expectations in March 2018. Similarly, her hit singles include ‘Sleepover,’ ‘Feelings,’ ‘Curious,’ ‘Demons,’ ‘I Wish,’ and ‘Chance.’

Through her acting and music, Kiyoko has won the hearts of millions of fans worldwide. But, for a long time, her fans have been eager to know who has won her heart. For now, they only know that she identifies herself as a lesbian.

Is Hayley Kiyoko in a relationship?

Kiyoko is a private person and prefers to keep her relationship details upto herself. To this date, she hasn’t revealed everything about her love life and shed only light on that part of her life.

One such time was during her interview with BuzzFeed in June 2021, she was asked what inspired her to make her song ‘Chance.’ In reply, she said that she was going down memory lane and what she has experienced and if that was real or not.

She continued, “I was thinking about how I had all these opportunities with women, and how I just never took a chance on myself — so, therefore, I never had a chance with them. And I was like, oh my gosh, like that was my whole adolescence!”

“Complaining and being upset that I didn’t have a chance with these women and I didn’t even take a chance on myself. I didn’t even believe in myself, that I was worthy or that I had something to offer. So that’s what inspired this song,” she concluded.

By now, we got to know that Kiyoko identifies herself as a lesbian and has missed several opportunities with ladies. But, is there anyone with whom she has taken the chance? Does she have a girlfriend?

Currently, there are no reports of the singer dating someone. She has kept a fair share of her romantic life hidden from the outside world. Additionally, it remains unknown whether she was dating someone in the past or not.

To conclude, it seems like Kiyoko’s relationship status is single for now, and she isn’t dating a girlfriend.

However, although she might not have a partner now, she has been linked to a couple of known names — but they remain unconfirmed. Some of them include her Scooby-Doo! co-star Nick Palatas, fellow singer-songwriter Kehlani, and The Bachelor runner-up Becca Tilley.

Before going further, let’s discuss Kiyoko’s dating rumors with Palatas. As mentioned earlier, they were co-stars in the Scooby-Doo! film series during the late 2000s and became close friends. The former played the role of Velma, and the latter played the role of Shaggy.

Their respective characters were each other’s love interests. Kiyoko and Palatas’ chemistry in the movie and off-screen led some to wonder if they were dating in real life. However, much of those speculations were never confirmed, and it got buried as just another rumor.

Coming back to Kiyoko’s romance rumors with Kehlani, it all started when they worked together on Kiyoko’s music video of ‘What I Need.’ In that video, they were shown as each other’s lovers.

So, you might have guessed from where those speculations came from. And like last time, it turned out to be a baseless one.

Kiyoko and Tilley first sparked romance rumors in 2018. The rumored duo first met each other in early 2018 through mutual friends. However, the exact timeframe and place of their meeting remain unknown.

In April 2018, they were pictured for the first time when they were at a party with their friends. Ever since that time, the two became inseparable and were spotted alongside each other most of the time.

Right in the next month, in May 2018, they were seen together and photographed at NYLON’s Annual Young Hollywood Party.

Later that year, in December, when Kiyoko won the Rising Star Award at Billboard’s Women In Music, she gave an emotional speech which was also posted by Billboard’s Twitter handle. When that video was posted, Tilley retweeted it and wrote that she was “SO PROUD” of Kiyoko.

But that wasn’t it as on the same day, the former The Bachelor contestant posted a video on Twitter in which she was sitting next to Kiyoko as the award-winner woke up from her sleep during their journey.

Tilley mentioned in the tweet that she was lucky enough to have spent the last six hours of her time sitting next to Kiyoko. She then asked the singer if she slept well and got her “beauty sleep,” to which Kiyoko replied by saying, “Can’t you tell?”

Additionally, Tilley had mentioned Kiyoko’s Twitter handle on her tweet and wrote, “It’s the rising star natural glow.” It all suggested that the former had accompanied the latter as her date at Billboard’s Women In Music award ceremony.

Becca Tilley mentioned of having a partner in 2019

By December 2018 and sometime after that, everyone was somewhat convinced that Kiyoko and Tilley were dating each other. Later, in June 2019, their romance rumors were further fueled when Tilley revealed she had a partner.

During her Scrubbing In podcast, the reality TV star played the Truth or Drink game with her co-host, Tanya Rad. She was asked if she was in love to which Tilley gave a positive answer and said “Yes.” However, when asked what her partner’s name was, she didn’t say anything and opted to have a drink.

In December 2019, she revealed to US Weekly that she has been in a relationship with her secret partner for more than a year after meeting each other at a party. She also said when she feels like okay, she will share the details of her secret relationship.

Fans of the two celebrities still believe that the partner Tilley mentioned is Kiyoko. And interestingly, the podcast co-host only said she is in love and never specifically mentioned the gender of her beau — it could be a boyfriend or a girlfriend.

Furthermore, some curious fans on Reddit noticed Kiyoko and Tilley’s pictures from their 2019 Japan trip and wondered if they were the only ones on the vacation. Some have also said that they spent the 2021’s Valentine’s Day together.

Neither of them has confirmed their togetherness, and Tilley is also yet to reveal the identity of her lover. And, without any official confirmation, it couldn’t be said that Kiyoko and Tilley are actually dating.

Get to Know 'Ozark' Star Julia Garner’s Age, Family, and Net Worth