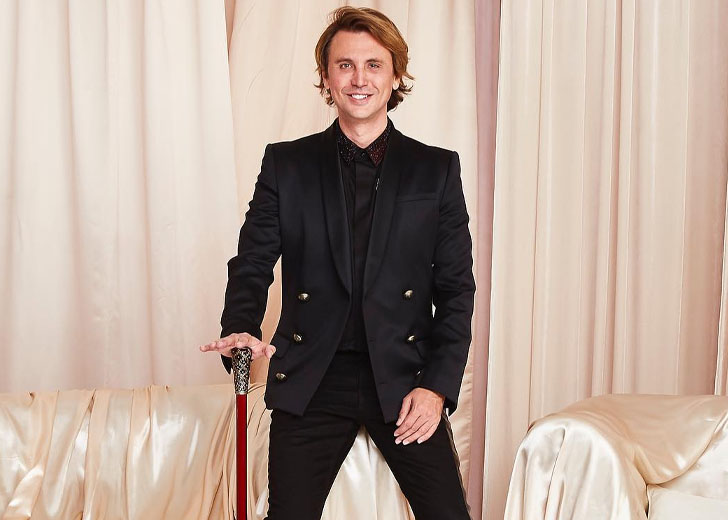 Everything to know about Jonathan Cheban’s personal life!

Jonathan Cheban, who also goes by his alias Foodgod, is an American internet and reality television personality. In addition, he is a former publicist and an entrepreneur.

As an entrepreneur, the Soviet Union-born has his hands involved in other ventures, including his clothing line Kritik, a Miami-based restaurant named Sushi MiKasa, a New York-based fast-food restaurant named Burger Bandit, and a podcast titled Foodgod: OMFG!.

By now, Cheban has become a public figure and has garnered millions of fans on his social media handles. And those fans are eager to know more about him and his personal life.

Among many things discussed about Cheban’s personal life, one is the rumor of him possibly being gay. These speculations first started in late 2011 when Kim Kardashian’s ex-husband Kris Humphries questioned Cheban’s sexuality.

In one of the episodes of Keeping Up with the Kardashians, Humphries had suggested that Cheban might not be straight and is gay. The burning issue was quickly addressed by Cheban when he was approached by HollywoodCIA.

When asked what he had to say about Humphries calling him gay, he fired back at Humphries and suggested that Humphries might be gay. He said, “I don’t know, maybe he is gay.”

While the entrepreneur didn’t exactly address the question of him being gay, fans took to the comment section of HollywoodCIA’s video and poured their views. Some suggested that Cheban was being very defensive about it, and there is no way he is straight.

“the voice never lies,” wrote another, followed by another YouTube user’s comment that read, “Kris wasn’t being homophobic. If anyone is, it’s Jonathan. That queen should just come out. He’s the only one who thinks it’s a secret.”

As of this writing, it is yet to be confirmed that Cheban is gay. The reality TV star hasn’t spoken of his sexual orientation, and no reports suggest he is gay.

Jonathan Cheban has dated ladies before

While there is no factual evidence of Cheban being gay, several instances prove otherwise. And they are his relationship history with ladies.

As per Hollywood Life, Cheban’s first known relationship was with American entertainment reporter Maria Menounos. After that, he was spotted with designer Catherine Portes. However, not much is known about his relationship with the two ladies.

Similarly, the same outlet reported that the self-proclaimed Foodgod started dating his now-former girlfriend Anat Popovsky, a stylist, in January 2013. The couple often appeared together on several occasions, including the Kardashian TV shows.

While the two were still together, in December 2013, Cheban had even appeared as a single man on the second episode of the seventh season of Bravo TV’s Millionaire Matchmaker.

It’s unknown why he joined the matchmaking show as a single man. As for his relationship with Popovsky, they split in early 2015 due to unknown reasons. But, by November 2015, they had reconciled their relationship and were seen holding each other hands in New York City.

At that time, a friend of Cheban told DailyMail, “He missed her and wanted to give the relationship another try. They have so much in common and an undeniable chemistry that it was inevitable.”

Jonathan Cheban and his former girlfriend, Anat Popovsky, at an event (Photo: Twitter)

The source also mentioned that Cheban’s BFF, Kim, had always liked Popovsky and given her seal of approval. They said, “Kim has always liked Anat, so that’s easy. The whole Kardashian family likes her. They are looking forward to hanging out with her more.”

In June 2016, the reconnected duo was seen having a moment as they walked down the streets of the island of Ibiza and ate ice cream. But, despite the rekindling, it seemed they weren’t meant for each other as they ended things for good in early August 2016.

And by August 30, 2016, Cheban had already moved on from Popovsky with a young blonde model – whose name isn’t disclosed.

DailyMail reported that Cheban was with his new beau as they headed out in New York City. A source also told the outlet that the two had been dating for a while now. However, it remains unknown what happened to their togetherness.

There hasn’t been much talk about Cheban’s flings and relationship since, as he has kept his love life private. His present relationship status is unknown, and he reportedly relishes life as a single man.