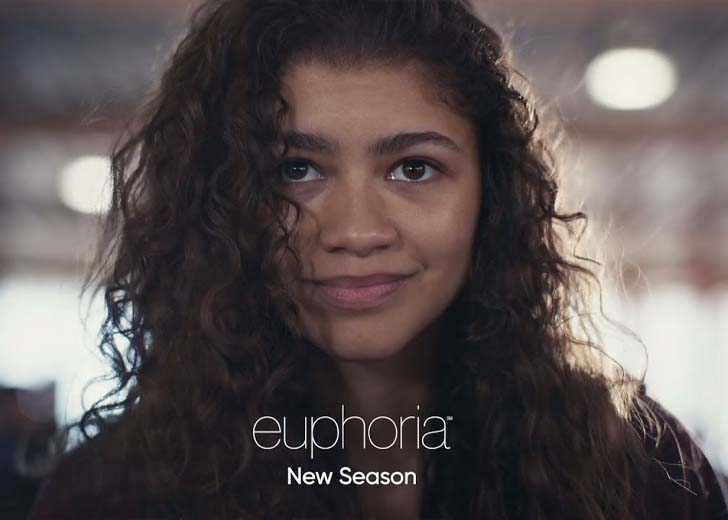 On June 16, 2019, HBO released a teen drama television series, created and written by Sam Levinson, starring Zendaya in the lead role. The series we’re talking about is Euphoria.

The series, loosely based on the Israeli television miniseries of the same name, is created by Ron Leshem and Daphna Levin. The series follows a group of high school students through their experiences of intimacy, drugs, friendships, love, identity, and trauma.

Since its initial release, Euphoria also gained huge popularity thanks to positive word of mouth, critical acclaim, and several awards, including a Primetime Emmy Award and Satellite Award for Best Actress in a Drama Series.

But when is Euphoria Season 2 coming? Has there been any official confirmation?

Back on October 19, 2020, HBO announced that two new episodes of Euphoria would bridge the gap between seasons 1 and 2. The first episode premiered in early December and focused on the dynamic between Rue, played by Zendaya, and her sponsor Ali, played by Colman Domingo, while the second episode honed in on Jules, played by Hunter Schafer.

Speaking about the second season, HBO originally announced the show had been renewed in July 2019.

This year, the creator Levinson told GQ that the series had been “pushed until 2021,” likely mid-to-late 2021. “I suppose one of the few beneficial side effects of this fucked-up year is the distance between season 1 and season 2,” he added.

He continued, “It’s really difficult to insulate yourself from the response and write from the same place of creative freedom, because you know what people liked, or didn’t like. I just hope we can continue to explore and stay curious and experiment, so the show can grow in whatever way it does.”

The actress Zendaya also shared her experiences of filming Euphoria Season 2 while speaking with Teen Vogue in July 2021.

“But, you know, the show was intense. And it’s very personal to, not only ourselves and all the people who work on it, but also, to other people who have been able to relate so deeply to the characters or see their experiences being reflected through Rue.

“So we take that very seriously. And it’s definitely challenging, it’s a challenging season,” she added.

On November 23, 2021, HBO finally released the trailer as well as the release date for the new season. In the gripping trailer, the creators revealed that two episodes of the show will release on January 9 and January 16 of 2022.

The last episode of season one ended upsettingly with Bennett’s overdose, after the person she loves – Jules Vaughn (Hunter Schafer) – leaves her on a train platform.

Season two will reportedly pick up from Bennett’s relapse. She had previously been sober for three months.

The recently released trailer, however, suggested that Bennett is about to encounter more upsetting moments and violent altercations. It further showed police raids are juxtaposed with partying and it seems trauma, once again, is at the core of the show.

The first look of Euphoria Season 2 came out on March 11, 2020, when the official Twitter account of Euphoria shared a snap of  Zendaya and Angus Cloud (Fez) sitting side by side at a table read.

During a virtual Variety conversation with Pose’s Mj Rodriguez, the actress informed that the production on the second season halted mere days before filming was set to start.

“We were supposed to go back to work, I believe, on March 16, [2020],” she said. “And, literally, three or four days before that, they were shut down. I was like, ‘I was so close.’ We did camera tests and hair and makeup tests, and we got to see everybody and we had the sets built.”

“I mean the scripts were written and I was just so excited—just to go back home is really what it feels like.”

“But of course, this has all happened and I’m just grateful that I’m in the position I’m in. I can’t complain. I’m very lucky to be safe and healthy and still know that I have a job, Euphoria, that will be there.”

Following that, Zendaya later joined the filming after finishing her Spider-Man movie commitment. By May 5, 2021, the cast was officially back on set for Euphoria.

The actress also shared some snaps on her Instagram Stories revealing production was amping back up.

In July 2021, she told the AP the cast and crew were about “one-third” through the filming process.