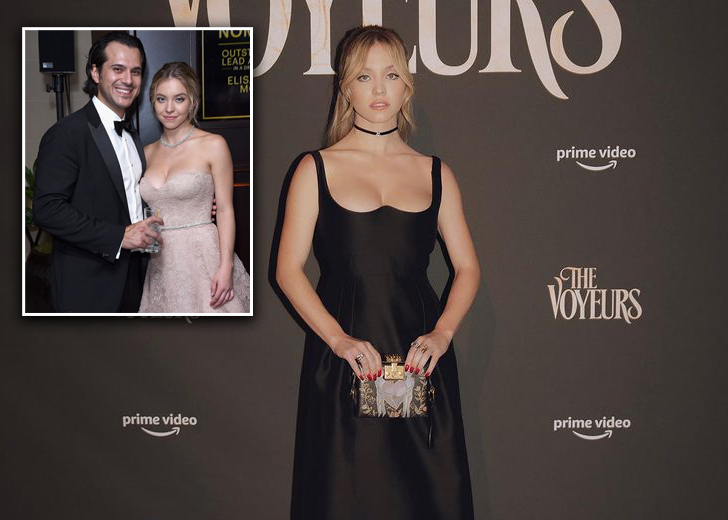 Sydney Sweeney is an American actress mainly known for her roles as Cassie Howard in Euphoria (2019) and Olivia Mossbacher in The White Lotus (2021). She has also gained fame for her recurring roles in In the Vault (2017), The Handmaid’s Tale (2018), and Sharp Objects (2018).

Apart from her acting performances, she has also gained the attention of people due to her secrecy over her romantic life. However, upon further digging, it has been found that she is reportedly dating a man named Jonathan Davino.

The Euphoria actress is currently reported to be in a romantic relationship with Jonathan Davino. The talks of their relationship began in 2018 after they were caught together on multiple occasions.

First, in 2018, the two were spotted together attending a dinner party hosted by InStyle and Kate Spade in Los Angeles, California. This led the internet to speculate that they were a thing.

Later, Sweeney’s presence in TAO Chicago Nightclub on Davino’s birthday also led the rumors to spread more. In 2019, the actress was on a trip to the Amalfi coast, where she was reportedly spotted with a man.

Later, when asked about it, she mentioned to Elite Daily that she was with a friend and didn’t disclose the identity of her friend. Despite her answer, many believed that the friend in question was none other than Davino.

Sweeney and Davino’s romance was further confirmed in November 2020 when steamy pictures of the two in Maui surfaced on the internet. However, neither of them took the time to comment on that topic.

As of this date, too, it is believed that she is in a relationship with Davino. Nonetheless, they have always avoided the question and are yet to confirm or deny their togetherness.

Additionally, Davino’s absence from social media has further kept their bond a secret. Only time will tell if they will confirm or deny their relationship and give us an idea if their togetherness is serious or just a fling.

Before the gossips of Sweeney dating Davino got out, there had been no reports of the actress being in a relationship with anyone else or being married to a husband.

The 24-year-old actress’s alleged boyfriend is a businessman and an heir to a pizza company named Pompei. As per the company’s website, it is “one of Chicago’s oldest and most beloved Italian eateries.”

The company was founded in 1909 by Luigi Davino and was expanded by Ralph Davino after he “had a vision when he decided to expand the family business from just a small bakery specializing in bread and limited pans of pizza to the quick service Italian Restaurant it is today.”

As for Jonathan’s own business ventures, he is the owner of Mista Pizza, a restaurant which is also located in Chicago. He is also the owner of another restaurant named Davino’s Xpress, which was opened in 2013.

The restaurant is located at 2931 N, Broadway Avenue in Lakeview and was originally called Pompeii Xpress. However, after Jonathan’s uncle, Ralph Davino, the owner of Pompei Bakery Ltd, sued the restaurant over the use of Pompei’s name for another Italian eatery, he had to change it to Davino’s Xpress.

Other than the details mentioned above, there is not much information available on Jonathan Davino, which includes his age and more.