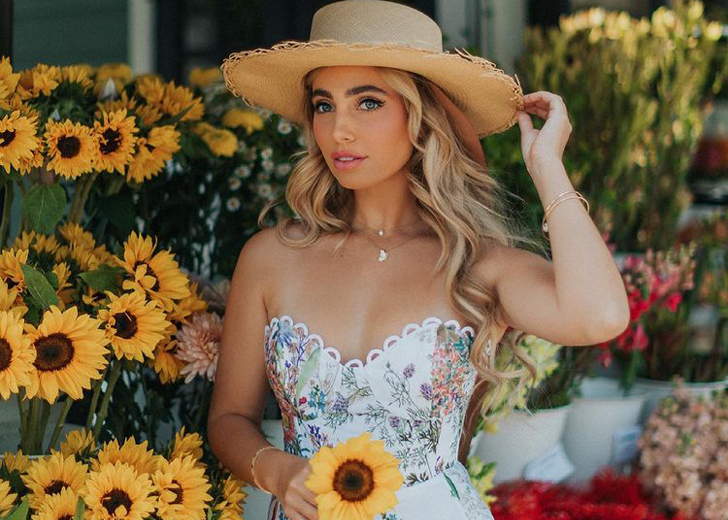 Lexi Hensler is a YouTuber and internet personality who has managed to garner huge limelight in recent times. She has also appeared in a few Awesomeness TV productions, such as VS (pronounced Versus) and High School Trivia.

On her YouTube channel, created in 2013, she regularly uploads videos of different topics such as vlogs, pranks, challenges, Q&As, and much more. This has led to her channel gaining a collective view of more than 378 million.

As her popularity is rising day by day, people are being eager to learn more about her and one of the main aspects they want to know is her personal life.

Who Is Lexi Hensler Dating Now?

Fans of the TikTok star have been very eager to know who Hensler is currently dating. Many believed that she was in a relationship with her best friend, Lexi Rivera’s brother Brent Rivera. But, all of the talks of them dating is clearly fake as Hensler and Brent are only good friends.

Also, it is possible that Brent is already taken by Hensler’s best friend named Pierson. Recently, on August 6, 2021, Pierson took to her Instagram handle to share some pictures alongside Brent, which might be from their romantic date in Paris.

Coming back to Hensler’s relationship status, it is currently under wraps and it’s most likely that she is relishing her singlehood. She also hasn’t given any clue on her being in a relationship on her social media handles.

Besides, during her recent interview with Seventeen, she mentioned that she is currently single after getting out of a long-term relationship. Furthermore, she also stated that she is ready to go back to dating and hope that Pierson could help her in that, as she knows Hensler very well.

Nonetheless, it seems like she has not found anyone as of now and is still looking for a perfect man whom she might even call husband, in the near future, if everything goes well.

Hensler Was Dating Someone in the Past

Before her relationship status became single, the YouTuber was in a couple of relationships in the past. Her most recent relationship was with a fellow YouTuber named Christian Wilson.

The two initially started out as friends and after two years of friendship, in 2019, they decided to take their togetherness to another level and began dating. At first, they kept their relationship a secret.

Following that, she began to flaunt several pictures alongside her boyfriend. For instance, on August 20, 2020, she shared a picture of herself alongside Wilson and her pet dog. “My boy’s! I don’t know which one is sweeter!” she captioned the post.

The duo looked amazing and cute together. However, their togetherness wasn’t meant to last forever as they separated after two years of dating in 2021. “I just got out of a relationship after, like, two years,” Hensler told during her exclusive interview with Seventeen.

Prior to her relationship with Wilson, she was dating a Texas native named Tanner Harvey. She mentioned her ex-boyfriend during one of her YouTube videos titled “BOYFRIEND MEETS MY EX *gone wrong,” while she was still together with Wilson.

It is unknown how she and Harvey met each other or when they began dating and when they split.