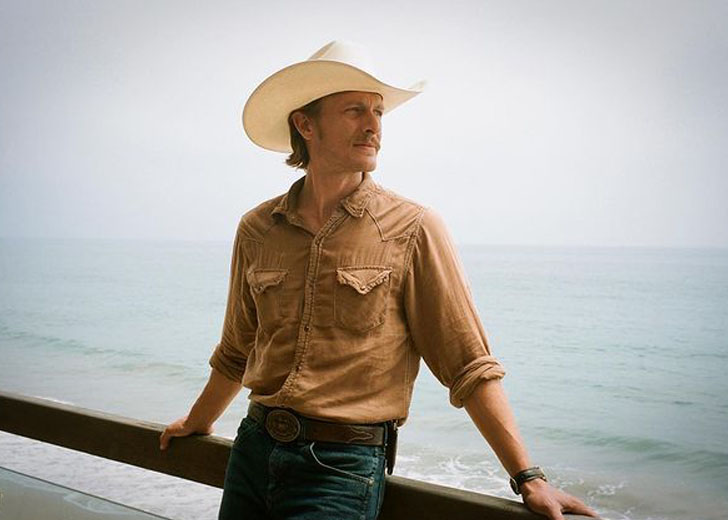 James Landry Hébert is an American actor who has gained the limelight for his appearance in several movies and TV shows. Born on October 4, 1984, he made his acting debut in 2010 via the movie Skateland.

In the following years, he booked only smaller roles. But, as his journey in the entertainment industry continued, he started to receive big roles too. Playing in 2017’s Get the Girl and Ghost House further boosted his popularity.

Soon, he will be seen on-screen as Grayton Willets in the movie The Last Son — releasing in the US on December 10, 2021. Currently, he has 44 acting credits to his name, with many more to be added in the future.

Here is a look at James Landry Hébert’s top 5 movies and TV shows, as per IMDb rankings.

This 2013 crime-mystery series ranks in fifth place with an IMDb rating of 7.5 out of 10. Mob City went on to receive 11 awards nominations, including three Primetime Emmy nominations.

In this six-episode show, Hébert portrays the role of Miles Hewitt and appears in the first, third, and fourth episodes. Joining him are Jon Bernthal as Joe Teague, Milo Ventimiglia as Ned Stax,

Neal McDonough as William Parker, Alexa Davalos as Jasmine Fontaine, and others.

“1947, Los Angeles. Cop Joe Teague walks the line between the LAPD, led by William Parker, and the mob, led by Bugsy Siegel” is its official synopsis on IMDb.

The fourth one on the list is the two-time Academy Award-winning 2019 movie Once Upon a Time… In Hollywood. It has an IMDb rating of 7.6 out of 10.

With an outstanding cast including the likes of Brad Pitt, Leonardo DiCaprio, Margot Robbie, Emile Hirsch, and others, the movie was written and directed by the renowned director Quentin Tarantino.

In this comedy-drama movie, Hébert, who stands at a height of 5 feet 11 inches, played the role of Clem.

Standing in the middle of the fifth and first is this Marvel’s ABC series, Agent Carter, with an IMDb rating of 7.9 out of 10.

In this action-adventure Si-Fi show, Hébert appears as Sasha Demidov in the first two episodes of the first season; Bridge and Tunnel and Now Is Not the End. Accompanying him in the cast list are Hayley Atwell, James D’Arcy, Enver Gjokaj, Bridget Regan, Dominic Cooper, and more.

The official synopsis of the show is “In 1946, Peggy Carter is relegated to secretarial duties in the Strategic Scientific Reserve (SSR). When Howard Stark is accused of treason, he secretly recruits Peggy to clear his name with the help of his butler, Edwin Jarvis.”

Westworld is a drama-mystery Si-Fi television show that has been airing since 2016, having three seasons, with the fourth one in production. It has an IMDb rating of 8.6 out of 10.

Its official synopsis is “Set at the intersection of the near future and the reimagined past, explore a world in which every human appetite can be indulged without consequence.”

Hébert portrays the role of Slim Miller in the first season of the show. His character is a host in the fictional Westworld who has become a wanted outlaw. His first appearance was seen in the episode ‘Dissonance Theory’ after being captured by the two lead characters of the show, Logan and William.

On the top of the list is this renowned Netflix fantasy-horror television show, Stranger Things. A worldwide phenomenon on its own, it has an IMDb rating of 8.7 out of 10.

“When a young boy disappears, his mother, a police chief and his friends must confront terrifying supernatural forces in order to get him back” is the official synopsis of the show.