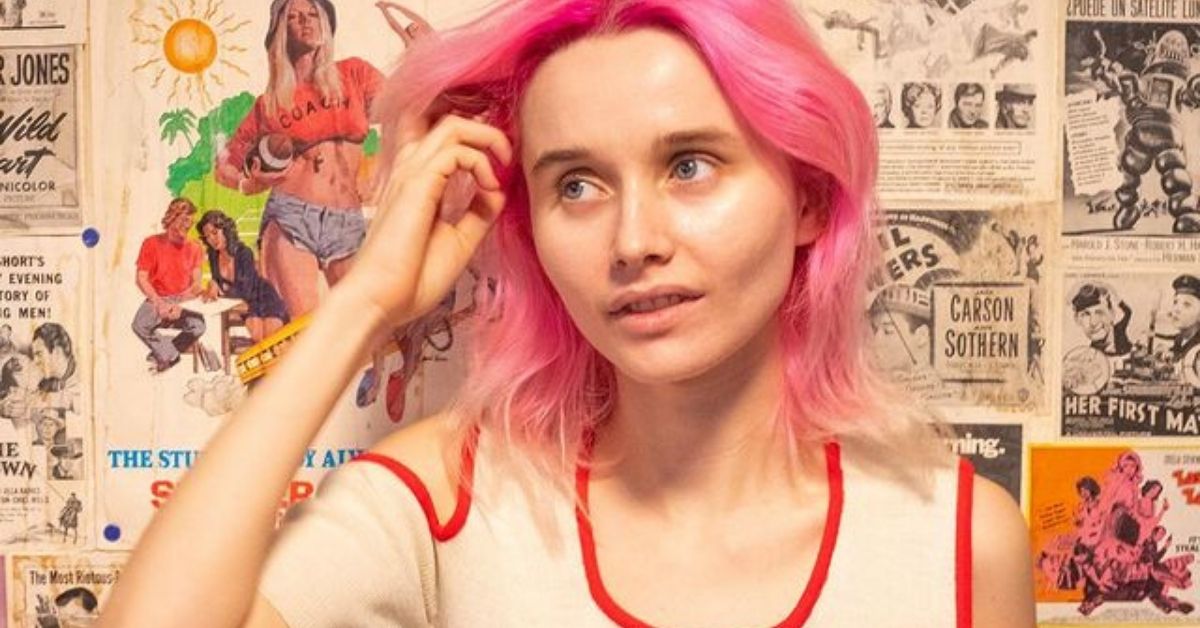 Kansas Bowling is a talented American actress, director, and producer who came into the limelight after producing, writing as well as starring in the world’s first prehistoric slasher film B.C. Butcher.

Moreover, she is also known for directing several music videos for some popular brands such as Kill My Coquette, Alyeska, and CTZNSHP.

In 2019, she made headlines as she portrayed the role of Blue in the Academy Award-nominated movie Once Upon a Time… in Hollywood—shared the screen with some world-renowned actors like Leonardo DiCaprio and Brad Pitt.

Kansas Bowling is in a relationship with her boyfriend, Don De Vore. The duo has been dating each other for a long time. 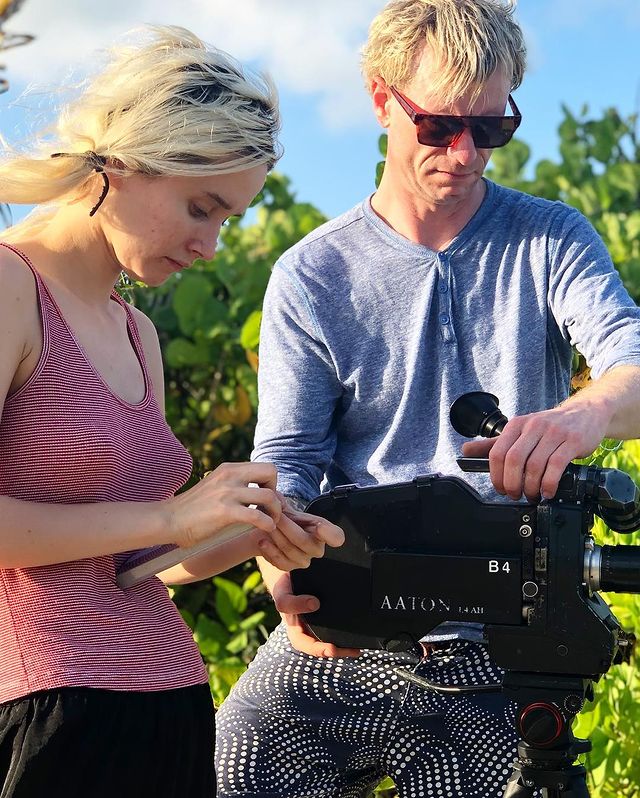 Kansas Bowling and her boyfriend, Don De Vore working together on a project on May 2, 2019 (Photo: Kansas Bowling’s Instagram)

Besides, Don De Vore has even worked in Kansas’ feature film, B.C. Butcher—he shot some scenes of the movie.

Both of them conduct a very low-key personal life due to which their love life has not shined in the media. But they often post pictures with each other on Instagram. Kansas last posted a picture with boyfriend Don on January 2, 2021, where the couple was snapped along with a chimpanzee. In the caption, the film director wrote, “Stay safe.”

Likewise, Don posted a portrait picture of his girlfriend, Kansas, on August 23, 2020. In the picture, Kansas wore a black mask and a blue floral dress.

Kansas Bowling was interested in the field of the film industry from a young age. During her childhood, she practiced shooting short films alongside her younger sister and after she reached the age of 13, she began to shoot through Super 8.

She used to be motivated after seeing some of her favorite artists like Russ Meyer, Annette Funicello, and Roger Corman. Later, Kansas and her friend Kenzie started to write a movie script.

At the age of 17, she managed to direct, co-write, produce, and even fund her first feature film titled B.C. Butcher. Her hard work and dedication resulted in a huge success as her feature movie caught the eyes of the legendary producer/director Lloyd Kaufman.

After that, Lloyd acquired the film for distribution and released it in 2016. The movie did good business at the box-office which opened further opportunities for Kansas in the entertainment sector. Since then, she has never looked back and has continued to showcase her skills and talent in front of the whole world. As of early 2020, she has more than 30 acting credits to her name.

Hailing from the suburbs of Beverly Hills, California, the actress/director, Kansas Bowling was born on August 2, 1996. Her birth sign is Leo.

Details On Her Family: Parents & Siblings

Kansas Bowling is the oldest daughter of David and Arin Thompson. She has a younger sister named Parker Love Bowling, a fellow actress, writer, and filmmaker.

Some Quick Facts About Kansas Bowling