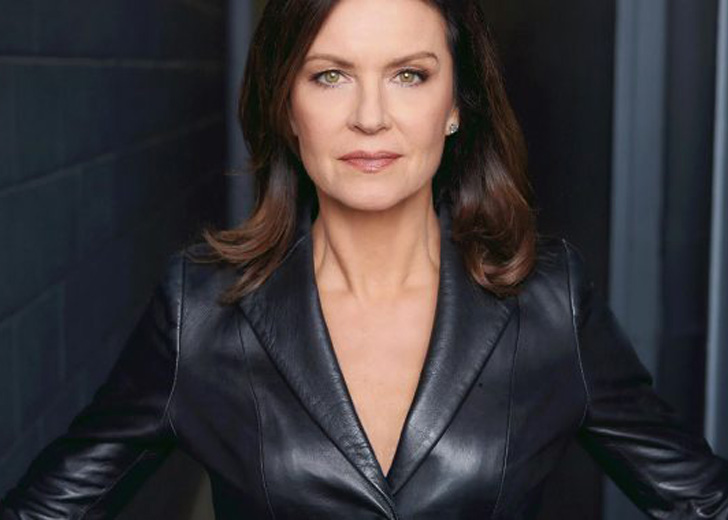 Canadian actress Wendy Crewson is one of the veterans of the entertainment industry who is still involved in the field. She is well-known among the viewers for portraying the roles like Grace Marshall in Air Force One (1997), Evelyn Danvers in The Covenant (2006), and Tess Stewart in When Hope Calls (2019).

In her acting career, she has received many awards, including two Canadian Screen Awards and six Gemini Awards. She is also a producer who has produced TV movies such as Verdict in Blood and A Killing Spring.

Here is everything about Wendy Crewson, including her age, family, movies and TV shows, and net worth!

Born in 1956, Wendy Crewson hails from the suburbs of Hamilton, Ontario, Canada. She celebrates her birthday on the 9th of May every year. She is currently 65 years old. Likewise, her birth name is Wendy Jane Crewson.

She was raised in Winnipeg, Manitoba by her father, Robert Binnie Crewson, and mother, June Doreen Crewson. She spent most of her childhood alongside her younger brother Brad Crewson.

As for her education, Wendy first went to John Rennie High School. After that, she attended Westwood Collegiate. Later, she enrolled at Queen’s University to study acting and graduated with a BA in Drama in 1977. At last, she joined The Webber Douglas Academy in London.

The renowned Canadian-born actress stands at a height of 5 feet 7 inches (1.7 meters) and weighs around 60 kg. She has a slim body and her body measurements are 34-24-34 inches. Moreover, her eye color is green and her hair is black, but, she likes to change her hair color constantly.

Crewson has been in the entertainment industry for a long time. Thus, the audiences have seen her from her young days till now.

So, it’s evident that the actress has aged quite a lot and due to the aging, there have been many changes in her appearances. However, she still looks as amazing as ever.

As a result, some have wondered if she has done plastic surgery. Besides, in 2012, a user took to his Twitter handle and mentioned that Crewson “has had so much plastic surgery” he didn’t even recognize her in the show, Alcatraz.

On the other hand, although she hasn’t done plastic surgery, she did play the role of a chief plastic surgeon named Dr. Dana Kinney in the supernatural medical drama show titled Saving Hope.

Wendy wasn’t that interested in acting until she performed in a play named The Boy Friend in grade 10. She seemingly got interested in acting after that and went on to study acting. Years later, in 1980, she made her TV debut, playing the role of Kate in War Brides. In the same year, she also did a cameo role in Home Fires.

Following that, she played some small roles for a while until she got her first big break in 1985. She portrayed the role of Prosecutor Dorothy Fredericks in the TV show Night Heat. The show did well and she received the much-needed push. In that same year, she appeared in four movies and one short movie.

From 1986 to 2000, she made her appearances in many movies and TV shows that include Adderly, Hard Copy, Tanner ’88, Studio 5-B, Street Legal, The Doctor, I’ll Never Get to Heaven, Corrina, Corrina, Ebbie, Air Force One, Summer’s End, and The 6th Day.

Likewise, the acting projects that she got involved in from 2001 to 2018 include The Beast, Between Strangers, 24, The Covenant, ReGenesis, Crimes of Passion, Revenge, Ascension, Beauty and the Beast, Saving Hope, and Death Wish.

Moreover, the recent acting projects in which she appeared are From the Vine, When Hope Calls, October Faction, The Kid Detective, Frankie Drake Mysteries, and Departure. For her brilliant performances, Wendy has won 10 awards and has 12 nominations to her name.

Furthermore, with many good days ahead of her, one thing is certain that those acting and awards credits will surely increase.

The 65-year-old actress has exactly 141 acting credits to her name as of this writing. Among those, many have been successful in the box office. Considering her fruitful acting career, it must be sure that she has accumulated a healthy net worth too. As per sources, Wendy Crewson has a net worth of $2 million.