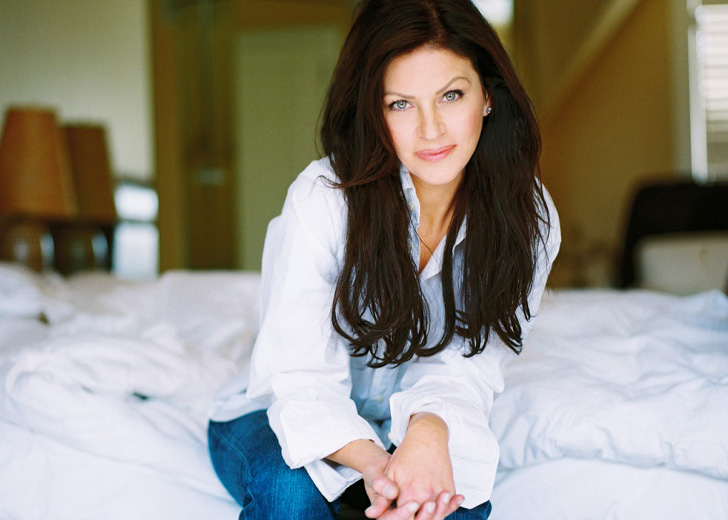 Wendy Crewson is a well-known Canadian actress who earned the limelight for playing the roles of Grace Marshall in Air Force One (1997), Evelyn Danvers in The Covenant (2006) and Tess Stewart in When Hope Calls (2019).

Here is everything about Wendy Crewson’s personal life!

Wendy Came Out of Closet in Late 2014

The Hamilton, Canada native actress came out publicly in December 2014 when she was featured in the talk show named The Social. The news spread immediately like wildfire and was covered by many news outlets.

However, Wendy wasn’t that afraid about what people would think about it, rather she was concerned with what her children would think. During an interview with CTV’s eTalk, the actress mentioned that she was worried about coming out to her two kids as she feared their reaction.

Likewise, she stated that she told her two children about her actual sexual orientation some years before coming out in the public. She told the interviewer that her daughter, Maggie, was very understanding and would be fine as she is a smart girl.

But, her son John’s reaction surprised Wendy the most. She told, “The first thing he said to me was: ‘You are so brave. That must have been so scary to tell me.’ It makes me emotional even when I think about it.”

The 5 feet 7 inches tall actress also went on to talk about the importance of maintaining open talks about LGBTQ+ people in the public. She said, “It’s certainly important for all the kids out there who are in a less supportive family than me, in a less supportive industry than me, and I really feel like it’s our responsibility as adults in high-profile positions to let kids know it gets better.”

She Is Currently Married To A Man

Although Wendy came out as a lesbian in December 2014, she is still married to a man. Her current husband’s name is Gary Logan with whom she shared the wedding vows in 2009, almost five years before she came out.

The married couple is together to this date and has always supported each other’s decision. Besides, when the actress came out her partner told that he was not affected by the news. He also stated that Wendy can do whatever she wants in her life.

Considering that, it seems like the two have a very good understanding and Wendy’s decision has not impacted their marital life at all. Their amazing bond can further be proven by the fact that they are still together even after the Queen’s University graduate came out.

Who Is Her Children’s Father? Her Past Relationship

Prior to having such an understanding marital relationship with Gary Logan, Wendy Crewson was married to a fellow actor named Michael Murphy. The now-former duo tied the knots on March 7, 1988.

Just one year after their marriage, in 1989, the two were blessed with a baby girl named Maggie Murphy. Three years later, in 1992, another bag of happiness knocked on their door as they welcomed a son named John Branton Murphy.

Following the arrival of two children in their marital life, everything seemed fine in the Crewson & Murphy family. Besides, the family of four was even featured in the 1998’s movie titled Sleeping Dogs Lie.

But, little did others knew that Wendy’s marriage life with Michael was going to end. After almost 21 years of marriage, they actor pair decided to part ways in 2009. The divorce was finalized on January 10, 2009.

Despite the divorce, they maintained a friendly bond and even worked together in 2014’s movie Fall. Likewise, they also continued to co-parent their two children. Speaking more of their kids, their daughter Maggie is currently working as an actress-producer, and their son John is in the final stage of getting graduation.