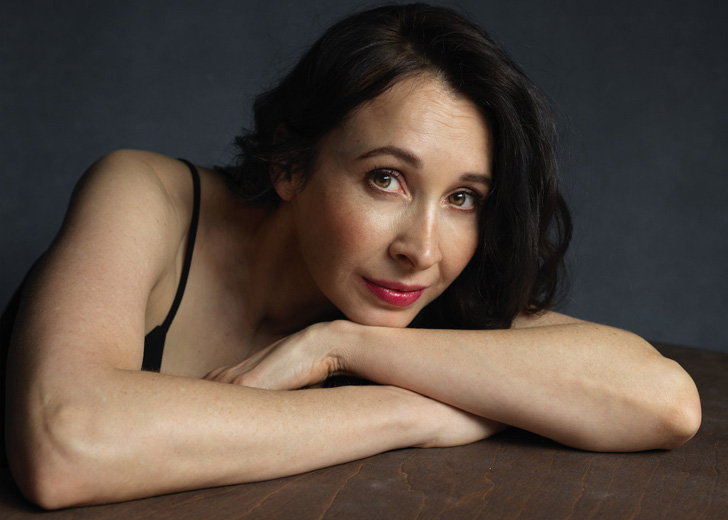 Loretta Walsh is an Australia-born actress who is renowned for portraying the role of Florence Blakeley in the Hallmark Channel original series When Calls the Heart.

Over the years, she has showcased her acting skills through various platforms such as films, television, theatre, and commercial videos.

Keep reading to know more about Walsh, including details of her age, birthday, career, personal life, and so on!

The When Calls the Heart actress, Loretta Walsh, celebrates her birthday on July 9 every year. But her birth year is still concealed which keeps her age a mystery. However, she is reportedly above 30-year-old and her zodiac sign is Cancer.

In July 2020, she received lots of birthday wishes from her fans and admirers who took the time to wish her on various social media platforms.

Her close friend and actress Jill Morrison took to Instagram and wished her, writing, “Join me in wishing @loretta_walsh a most wonderful birthday. She’s a very special person, a sister to me. We met giggling many years ago and haven’t stopped.”

“@loretta_walsh HAPPY BIRTHDAY! You are one of the kindest people I know. Thank you for always being so wonderful!!! Enjoy your day,” one fan tweeted.

Loretta’s When Calls the Heart co-star Erin Krakow also wished her well on her birthday through a tweet. She wrote, “A very happy birthday to our sassy & sweet  @loretta_walsh  whose talent truly makes me [laugh] & [cry]! I adore you, and I’m so grateful for your friendship!”

In reply, Loretta posted a picture of her birthday cake on July 12 on Instagram and thanked everyone for their lovely wishes. She stated that her day was filled with lots of laughs, wonderful company, delicious food, gifts, and work.

Her caption read, “Thank you to all of you who reached out to wish me lovely birthday wishes! My day(s) were filled with lots of laughs, wonderful company, delicious food, thoughtful gifts, a dash of work and of course…..incredible cake #birthdaylove #thankyou #treatyourself.”

Loretta Walsh Is an Acting Teacher

Previously, she worked as an acting teacher at the Port Stanley Festival Theatre and for Arts Express in Toronto.

In her praise, Canadian actor and filmmaker Ben Ratner said, “Loretta is uncompromisingly passionate about taking herself and the actors she works with to new heights.”

“I am totally confident that anyone who studies with her will be well-prepared to take on the challenges of my scene study class and the realities of what’s required to compete as a professional actor.”

Likewise, one of her students, Jennifer Spence, stated, “I trust her completely and can’t wait to get back in class with this very special woman!”

Her Career as an Actress

Loretta Walsh started acting very early in her life, as she first appeared in an acting project back in 1999 in an episode ‘Good Times and Adventures’ of the TV series Water Rats.

She took a break after that and resumed her career in 2008 when she starred as Jewel Baylor in the television movie 7 Things to Do Before I’m 30.

Following that, she starred in movies such as Master Cleanse, Focus, Down River, Marrying the Family, and A Picture Perfect Wedding. Her television series credits include A Series of Unfortunate Events, Project Mc², and When Calls the Heart.

The Hallmark show When Calls the Heart remains one of her most successful and well-received works so far. Her role as Florence Blakeley has helped her gather lots of fans and admirers.

In 2021, Loretta also received The Leo Awards nomination for Best Supporting Performance – Female Television Movie for her performance in the TV movie A Picture Perfect Wedding.