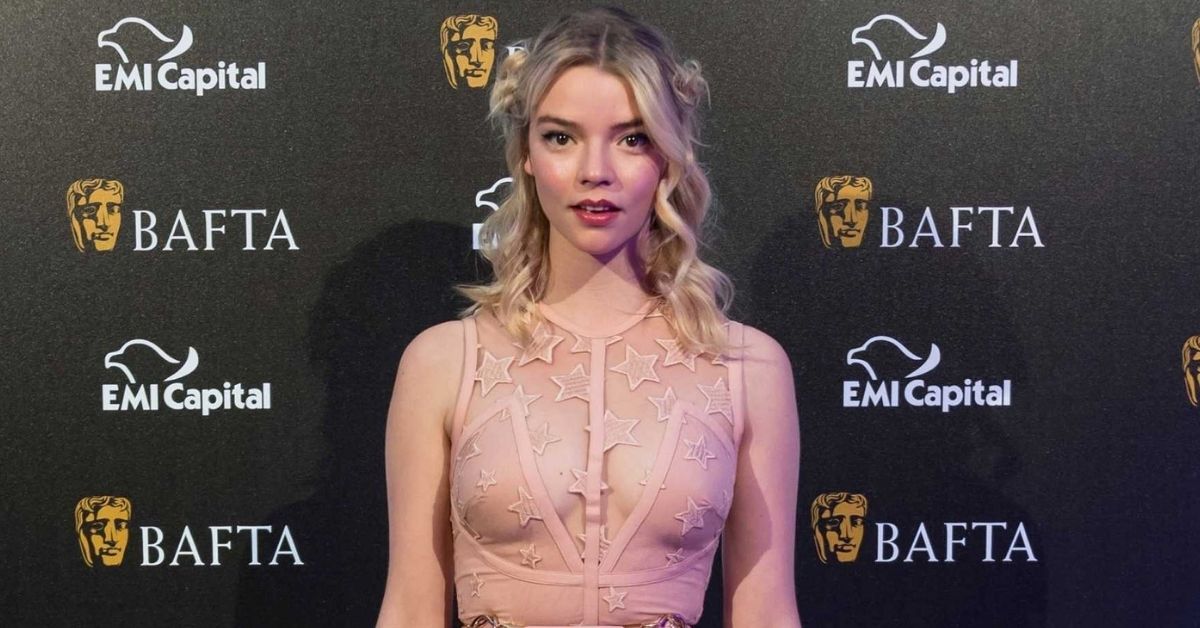 Anya Taylor-Joy is a British/Argentine actress who is well-known for her portrayal of Beth Harmon in Netflix’s The Queen’s Gambit (2020). Besides that, the award-winning actress has also earned fame for her role in The Witch (2015), Split (2016), Thoroughbreds (2017), and Peaky Blinders (2019).

Now that her professional career is briefed, let’s learn more about her dating life, Wikipedia, birthday, parents, and more!

Who Is Anya Taylor-Joy Dating? Is She Single?

Anya Taylor-Joy falls under the kind of celebrity who likes to keep her personal life away from the paparazzi. Besides, she herself has mentioned that she is quite a private person while speaking to The Guardian in March 2018.

However, it seems like the relationship status of the actress is opening up a little. Recently, in September 2021, Taylor-Joy was recently spotted kissing Malcolm McRae, a musician, in Venice — she was there promoting her upcoming movie Last Night in Soho.

It isn’t the first time the rumored couple was caught having an intimate moment. In May 2021, just before her Saturday Night Live hosting gig, she was seen making out with the musician in New York City. This moment came just a couple of months after her interview with ELLE, in which she mentioned having a partner.

During her interview with ELLE, in April 2021, she mentioned “My partner’s just come back from work, and he’s moving around all of his equipment, so this [bathroom] was the safe spot. But, other than that, she didn’t give any other detail on her partner.

As a result, rumors began that Taylor-Joy was dating McRae. It got further fueled when The Sun reported on July 23 that McRae “has practically moved into [Taylor-Joy’s] L.A. home.” Similarly, a source close to the actress said, “They are inseparable and spend all of their time together. Her schedule is really hectic because she is so in demand following The Queen’s Gambit, but he is always there for her.”

The source further added, “Malcolm is practically living with her at her home in L.A. now, and they spend every night together.”

Despite all of these burning rumors, neither the actress nor the musician has confirmed or denied their togetherness. As of now, their relationship remains a secret until they decide to officially address it.

Before the rumors of her dating McRae began, Taylor-Joy was in a relationship with a man, whose identity is still not disclosed.

The news of her now-past relationship was told by the actress herself during her exclusive interview with Vanity Fair in April 2021. She stated that previously she was in a relationship and it ended right before the production of her 2019 movie, Emma, began in March 2019.

She stated, “Prior to filming [Emma] I’d just had a devastating breakup, and it had challenged everything. I was just incredibly insecure and very, very unsafe in my own skin.” Other than these details, she didn’t say anything on that topic.

Furthermore, as the actress had only recently revealed about this, and her love life was a secret, she was linked with different celebs, including James McAvoy, Eoin Macken, and Ben Seed.

Born on April 16, 1996, in Miami, Florida, the renowned actress goes by the real/birth/full name of Anya Josephine Marie Taylor-Joy. Her zodiac sign is Aries, her natural hair color is Blonde, and her eye color is Hazel.

For her education, she was first enrolled at the Hill House preparatory school in Kensington. Following that, she attended the Northlands School in Argentina and then studied at Queen’s Gate School in London. Later, at the age of 17, the former ballet dancer left her studies and began focusing on the acting field.

Taylor-Joy Has An Average Height

Anya Taylor-Joy is the youngest of six children of her parents. Her Scottish-Argentine father, Dennis Alan Taylor, is a former international banker turned professional racer, and her English-Spanish mother, Jennifer Marina Joy, is a psychologist.

Though born in the United States, Joy didn’t spend her childhood there due to her father’s profession. When she was just an infant, her family moved to Argentina. Due to that, she was only able to speak Spanish until the age of six. Later, her family shifted to Victoria, London, where she learned to speak English.

As a result of her family’s frequent movement to the U.S., U.K., and Argentina, the vegan actress currently holds three citizenship—British, American, and Argentine.