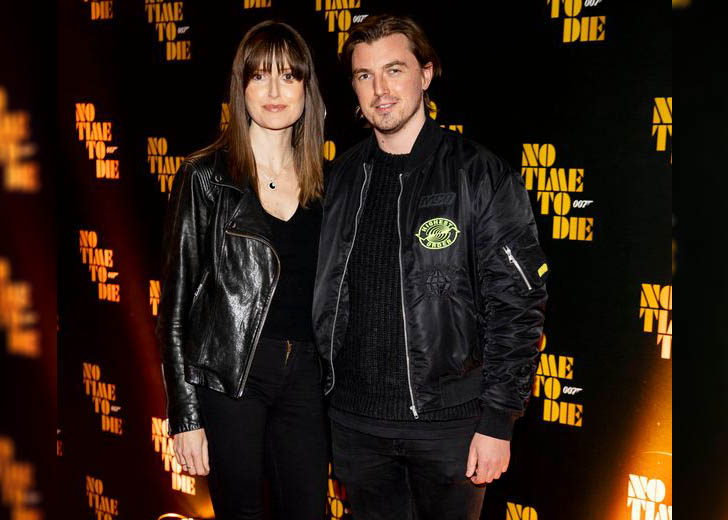 Clare Dunne is a young Irish actress who recently appeared in 2020’s Herself (as Sandra) and 2021’s The Last Duel (as Celia). She also made her appearance as Amanda Kinsella in the 2021’s TV series Kin.

As the actress’s popularity began to rise, people were eager to learn more about her. One of the most questioned topics was if she was in a marital relationship or dating someone.

Dunne, who usually prefers to keep her personal life private, recently walked down the red carpet at the premiere of the new James Bond film, No Time to Die, with her boyfriend Jack Nolan.

Nolan is an Irish actor renowned for his role as Michael Hennessy on the Virgin drama series Red Rock and Will Noble on the BBC medical drama Casualty.

Even though Dunne and Nolan haven’t confirmed the relationship, their PDA convinced many fans to believe that they are dating at present. Hence, there is no details of their relationship timeline, but according to RSVP Live, they have been together since around the pandemic.

After starting a relationship with Nolan, Dunne moved to London with him a few months before lockdown. However, when the pandemic got serious, they both moved back to Ireland together. They continue to live together to date.

“It’s amazing. This landlord is really sound, and me and Jack can’t believe we found it on Daft. I actually feel like I’ve won the Lotto,” Dunno said about her new seafront apartment located in the south Co Dublin suburb while speaking with Independent in September 2021.

Is Clare Dunne Married to a Husband?

As of now, there are no reports of the actress sharing the wedding vows and settling down with a husband. That said, her current relationship might turn into marriage if things go well in the future.

The 5 feet 10 inches is probably 33 years of age. Her exact year of birth is unknown, but reports claim that she was born in the year 1988. She celebrates her birthday on the 10th of April every year. Her zodiac sign is Aries.

Much like her personal life, most of the details of her family life are also unknown. Nonetheless, her IMDb profile suggests that her father is a former family resource center worker and her mother previously worked as an office logistics manager.

Apart from her parents, the Dublin, Ireland native actress has five younger siblings, all of them are sisters. She is usually seen sharing pictures alongside her family members, without revealing their identity.

Dunne’s parents have been very supportive of her career since her start. They are usually seen going to the premiere of their daughter’s movies/shows. Last year, in 2020, they were seen attending the premiere of Dunne’s Herself movie, at the 2020 Sundance Film Festival.

As for her education, Dunne is a graduate of the Royal Welsh College of Music and Drama, Cardiff — graduated in 2009.