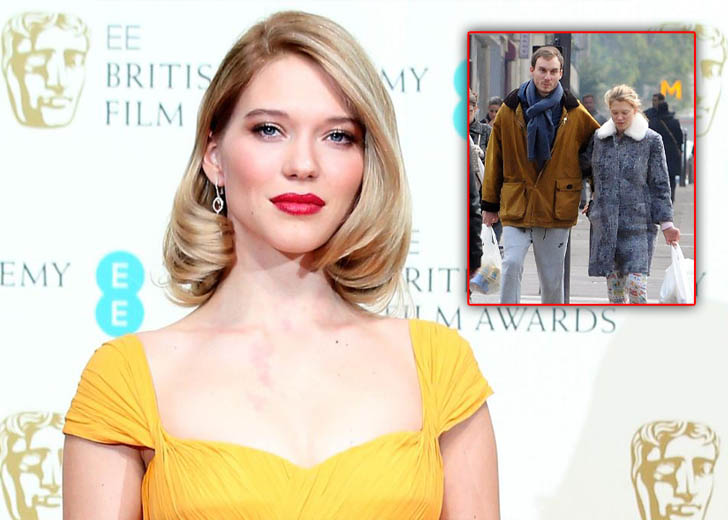 Léa Seydoux, a renowned French actress, has been in a blissful relationship with her long-time boyfriend André Meyer.

The No Time to Die star and her boyfriend, however, had an interesting beginning to their relationship, as they separated some time after they first started dating in 2010.

As stated previously, Seydoux’s love story with Meyer goes way back to 2010 when they first met each other. They dated for a while but decided to call it quits, as both of them were young and Seydoux was very much into her career.

Afterward, they focused more on their respective career and maintained little contact. Three years later, they met again and that time they were ready to create a long-lasting bond.

During her 2015 interview with Paris Match, the Spectre actress gave some insight into her relationship with Meyer. She said, “It was love at first sight in two stages. A few years ago, I dated him for the first time.”

She continued, “He was a little young; me, not very mature either and absorbed in my work. In short, we had missed each other. I had vaguely kept in touch with him. One day, we met again. And there, I said to myself: “It’s him!”

The couple continued their love life but often preferred to keep their personal life away from the media. Hence, not many details about their romance were known to the media and public.

The Couple Is Parents to a Son

In September 2016, Seydoux was found out to be pregnant with her first baby with Meyer when she walked down on the red carpet of the 2016 Toronto Film festival.

Months later, on January 18, 2017, the couple welcomed a baby boy named George Meyer. Since then, the two have been relishing their days as a parent, while also balancing their professional lives.

The family of three currently resides in Paris’s Montparnasse district. In recent times, Seydoux has been busy with the filming and release of a few acting projects. But, now that it’s over, she will be joining her family soon.

In her recent interview with Evening Standard, she mentioned how she loves to spend time with her son and how it gave her a purpose. Additionally, she stated that having kids was something she wanted even when she was a kid.

“It’s the thing I love most, spending time with my child. It’s exhausting being a parent, but it’s the greatest joy there is. It gave me purpose,” she said. “It would have been a tragedy if I hadn’t had kids. It’s something I wanted even when I was a kid.”

Who Is Léa Seydoux’s Boyfriend?

Presently, there are not that many details known about Seydoux’s long-time beau, André Meyer.

Nonetheless, in the actress’s 2021 interview with Evening Standard, her partner was referred to as a “banking scion.” But, the truth is yet to be known.

Not only Meyer’s profession but also his age, family life, as well as other details are yet to be disclosed.

Are Léa Seydoux and André Meyer Getting Married Anytime Soon?

Seydoux and Meyer have known each other since 2010, have been in a relationship since 2013, and share a 4-year-old son. Many would have walked down the aisle with all these things into consideration.

However, in the case of Seydoux and her partner, they are yet to get married to each other. Due to this, several fans of the actress have been wondering if the actress will ever tie the knots.

Well, going by the thoughts on marriage the Paris native has shared over the years, it doesn’t seem unusual that she and Meyer are not married yet. For instance, in 2014, Seydoux mentioned in an interview that she is in love but is in no rush to share the wedding vows with Meyer.

“I never believed in marriage, but now I’m in love, I think maybe,” she explained. “We still need to believe in things—we need discipline. I don’t believe in the religious side, but as a civil act—yes. But I don’t really care about marriage.”

Similarly, in her 2018 interview with Marie Claire, she mentioned how she adores being in a relationship but not being married.

“At one point I wanted, then more, but maybe one day,” she added. “I love family life, but afterwards, the idea of ​​a couple… in fact, what is freaking about a couple is the social outlook, the morality that goes with it.

“But if you think that a couple is sharing something with the person you love, that’s great.”

If we have to guess, going by these statements, we might have to wait for some more time to witness Seydoux getting married to her potential husband. Or maybe, they never get married but still live together.