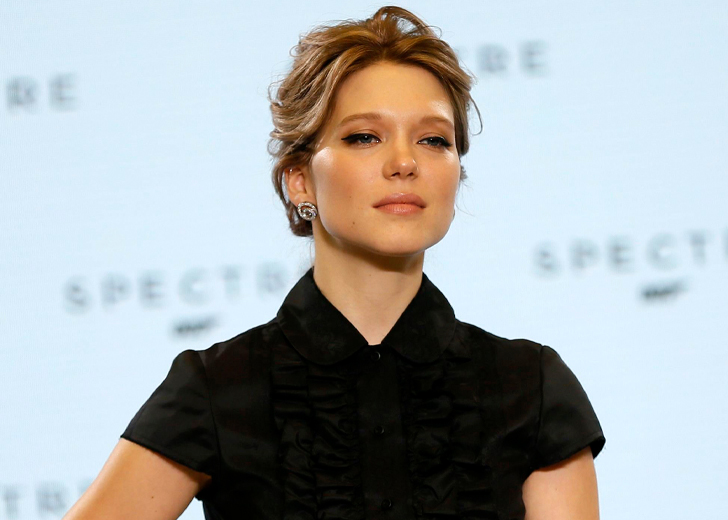 Léa Seydoux has been relishing her motherhood phase since the birth of her son.

During an interview with Evening Standard in 2021, she shared her happiness of being a mother, expressing she loved to spend time with her child. She said it was the greatest joy to be a parent, despite it being exhausting at times.

“It’s the thing I love most, spending time with my child. It’s exhausting being a parent, but it’s the greatest joy there is. It gave me purpose,” she stated. “It would have been a tragedy if I hadn’t had kids. It’s something I wanted even when I was a kid.”

Over the years, Seydoux has also talked about her relationship with her son and shared her conception of motherhood in her multiple interviews.

Speaking with Madame Figaro last year, the Midnight in Paris actress stated how she used to project herself as a mother in her childhood. She subsequently talked about her son and said how he was better than she imagined.

“Our empathy is such that I know his desires, his dreams and his fears. I never spoke to him like a baby, and he speaks like a little six year old guy. But I leave him his place as a child, his carelessness,” she added.

In another interview, Seydoux mentioned how she wanted to give her child a different education than she has known and her effort to be more present with her son than her parents were with her.

The actress explained, “It’s true. I love being a mother, I love chatting with him. I am happy that he goes to school, maybe because I had a disastrous experience, and that I said that ‘One can see that otherwise, like something fun. With curiosity, rather than obligation.”

In the previous interview with Evening Standard, Seydoux had also expressed that she wanted a happy child since she wasn’t one in her childhood. She shared her son was a happy child and it made her a happy adult.

“Because I was not happy as a child, I wanted to have a happy child. And George is a happy child. So I’m a happy adult,” the Mission: Impossible star said.

All of those statements by Seydoux suggest that she is living some of the best days of her life as a mother, watching her son grow up. However, there was a time where she felt afraid and “terrified to meet the person [she] knew [she] would love [her] more than anything in the world.”

For the August 2020 columns of Psychologies Magazine, Seydoux had given an exclusive interview where she talked about the feelings she had during her childbirth and some difficulties of parenthood.

In the beginning, she said that she was not afraid of childbirth, but of the love that she was going to feel afterward. Continuing her statement, she stated, “I was terrified at the idea of ​​meeting the person whom I knew I would love him more than anything in the world. The love I have for my son exceeds anything I have ever known.”

Afterward, she mentioned that she found being a parent was exhausting, difficult, and very trying, and in some days she could not take it anymore.

“I have always been keen to teach my son to become independent and to have confidence in others,” Seydoux added.

“I took him everywhere very early on, so that he could meet other cultures, hear other languages… I am happy to see that he is not afraid of people.”

Going by all of those statements from the actress, one thing is for sure that she has been trying to give the best to her only son, which she had missed as a child, and make him ready for the world.

One another thing, Seydoux has maintained absolute privacy around her baby boy and therefore, she has not even shared a picture of her son. We respect her privacy, too!