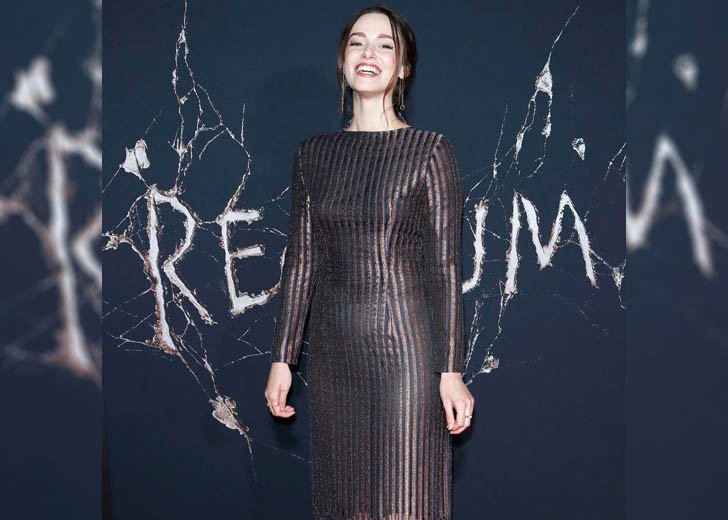 Alex Essoe, whose full name is Alexandra Essoe, is a Canadian actress who famously played the role of Mildred Gunning in the recent Netflix horror-fantasy series, Midnight Mass.

Her role in the mini-series was of an aging mother of the town’s doctor Dr. Sarah Gunning, played by actress Annabeth Gish.

And despite being active in the entertainment industry ever since she made her debut in 2008, many industry insiders are still unknown about personal life, including her dating status, parents, and age.

Here is everything you need to know about Alex Essoe.

Essoe is a very private person; therefore, she has not shared many details about her life, including her dating status.

To date, there has been no hint of the actress dating someone since rising to fame. Her social media handles also don’t provide any clue on if she has a boyfriend or not. As a result, her current relationship status remains unknown.

That said, she had a boyfriend before she started acting and thought to take acting as a career. During her interview with Anthem magazine, the Midnight Mass star mentioned how she left her boyfriend to get into acting.

“Then I found this amazing acting workshop in Toronto with this teacher and it was totally transformative. I quit everything I was doing,” she said, revealing she left her “modeling job” and “boyfriend” to focus on her career.

What Is Alex Essoe’s Age?

According to various internet outlets, Essoe was reportedly born in the year 1992, making her 29-year-old as of this writing. Additionally, her birthplace is Dhahran, Saudi Arabia.

Coming to her birthday, the actress celebrates her birthday on the 2nd of September every year. On the occasion of her 23rd birthday, the official Facebook page of Essoe-starrer movie, Starry Eyes, posted a BTS picture of Essoe with a simple caption, “Happy Birthday, Alex Essoe!”

The comment section of the post was also filled with the actress’ fans sending their well-wishes to Essoe.

Her Parents Supported Her Acting Dreams

Essoe is the daughter of Csaba Essoe and Dawn Essoe, who are Canadian and American, respectively. Her parents gave birth to her when they were residing in Saudi Arabia as expatriates. When she turned 12, her parents moved to Toronto, Canada.

During her interview with Anthem, the actress mentioned that her mother was a stage actress and she used to go with her mother to theaters.

Her words were, “Well, my mother was a stage actress for a very long time. I grew up going to the theater with her.” We now know what influenced her to choose acting as a career.

She subsequently attended drama classes, with the support of her parents, and played various roles in theatre plays before eventually stepping her feet into the entertainment industry.