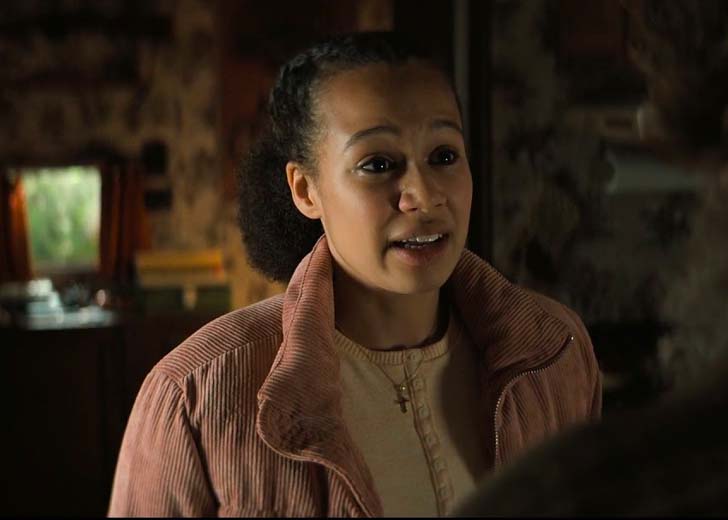 Annarah Cymone is an actress known for her role as Leeza Scarborough in Netflix’s limited series Midnight Mass — and that was her career’s first significant role.

Now, she is set to make an appearance in the upcoming horror mystery series The Midnight Club. The series will be released on October 7, 2022, on Netflix.

The movie is created by Mike Flanagan and Leah Fong and centers around eight hospice patients who get together every midnight to share eerie tales.

Who is Annarah Cymone?

Cymone is a singer-songwriter, former dancer, and theater, as well as a television actress.

She was born on July 11, 2000, making her 22 years old. The New York native, however, has revealed very less about her parents.

During a recent interview with Olivia Freeman, she talked about her musical journey and experience in Midnight Mass.

The actress revealed that she even performed in a choir during a church scene on Midnight Mass. She later said her musical inspiration was the late English singer Amy Winehouse — but she also loves Adele and Taylor Swift.

In the interview, Cymone further claimed that she first created a musical when she was just ten years old, but she only began to take songwriting seriously around 2019.

Freeman asked her if she wanted to enter the music industry and release her own song in the future. To that, she responded, saying, “I want to, and a lot of my friends have to. I really want to, and I think I am going to go slow and start with acting.”

Speaking of her dancing career, she spent most of her life dancing but had to stop due to an injury. Because of that, she started acting in 2019 and went to acting classes in North Carolina for about a year.

After doing some theater work, she got an audition for Midnight Mass. She was with a commercial agent who sent her the movie’s monologue. She did her monologue and sent it. After a couple of days, she got in contact with the movie’s director and was able to land the role.

Working with the Midnight Mass cast, Cymone learned a lot from her first job and said all the members were “so kind and funny.”

Before concluding the video, she encouraged the next generation to apply for several opportunities, always be the kindest person, and always insist on taking the next step.

When asked what advice she would give her younger self, she stated that she wouldn’t alter a thing.

Cymone is available on Instagram under the handle @annarahcymone. At present, her account has over forty-five hundred followers with less than 30 posts.

The actress seems adventurous as she has posted pictures of places she has been. Her Instagram also contains several images of herself.

The most recent post included a video of herself enjoying the breeze in a car while still looking lovely.