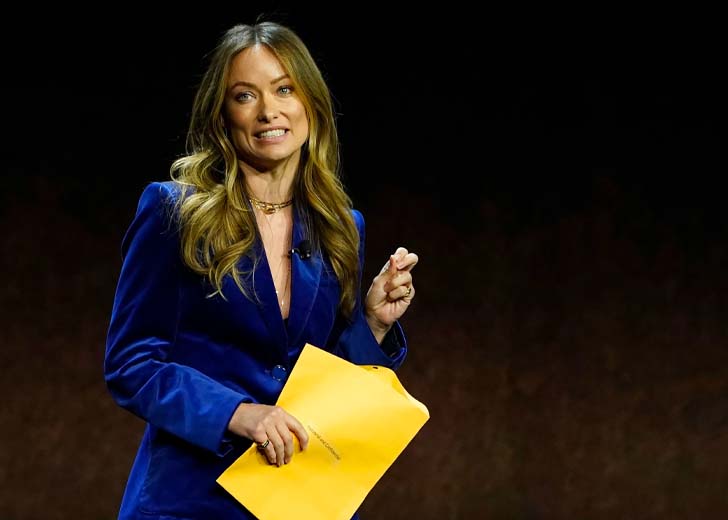 All about Olivia Wilde’s dark past.

Olivia Wilde has been the receiver of the hate train since she started dating Harry Styles.

While many believe that Wilde is facing backlash because she is in a relationship with the ‘As It Was’ singer. However, that is not the case.

Many Styles’ fans have dug into Wilde’s past after their relationship became public. What they discovered and exposed was a dark past of Wilde.

They found out that Wilde has gay-baited, spoken against the LGBTQ community, and made transphobic and homophobic comments.

Wilde attracted widespread criticism when purported homophobic remarks she made in past interviews appeared online in May 2021.

In one instance, she spoke on transitioning from actress to director in the interviews that have generated a stir. She claimed that it was like coming out of the closet — usually referred to as the members of the LGBTQ community being open about their sexuality and accepting it in public.

The community criticized her for recommending that she change positions in her profession to that of someone making a life-changing decision about sexuality.

People were enraged that she was discrediting the pain people of the LGBTQ community felt while inside the closet. They pointed out that her comments as such were ugly regardless of how old the interview was.

She enraged the LGBTQ community even more when she casually stated that before meeting Jason Sudekis in 2011, she pondered a lesbian relationship.

While there is nothing wrong with questioning one’s sexuality, many people did not like how she did it. Wilde allegedly claimed that she considered being gay because she was lonely.

Many people pointed out that she implied that being gay and with a woman was her last option —  something she considered because of a lack of men in her life.

Wilde does have not only a homophobic past but also a transphobic one. One particular instance of her is using a slur.

She was recently selected as Revlon’s new brand ambassador with Emma Stone during that time. So, she discussed in detail about wearing makeup and her style with Stylelist.com (via Irish Central).

She confessed that she was usually apprehensive about putting makeup on because she did not want to seem like a “t****y.” She admitted that her jawline sometimes makes her appear “t****y.”

“A strong eye and a strong lip is hard for my face,” she explained. “I can go t****y really fast. It’s true because I have a really strong jaw. So for me, I just have to be cognizant of the way that it transforms my face.”

T****y is an insulting and disparaging term/slur for a transgender person. There was significant misunderstanding and controversy in the early 2000s about whether the term was derogatory, acceptable, or a reappropriated term of unity and pride.

But by 2017, the term had been banned by numerous significant media stylebooks and was labeled hate speech by Facebook. The word is “usually considered offensive and/or defamatory to transgender people,” according to GLAAD’s 2011 Transgender Resource Page.

So, because of her homophobic and transphobic past, Wilde has been at the receiving end of the hate —  and not just because she is dating Styles.