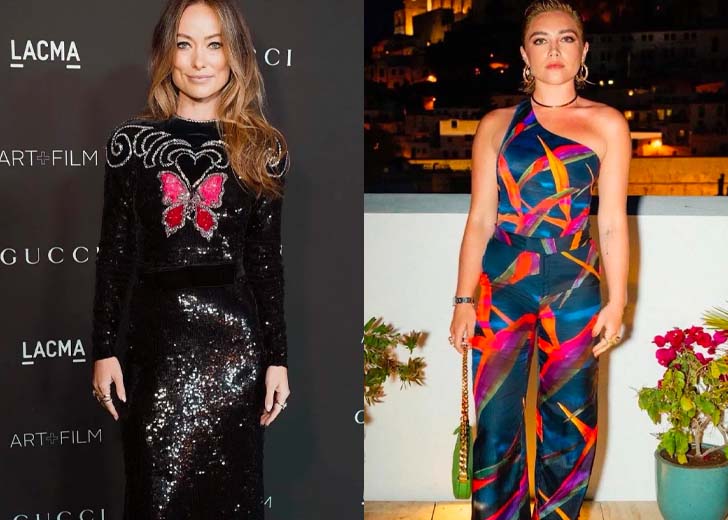 “I think it’s so funny how Florence Pugh had said NOTHING about don’t worry darling and Olivia Wilde keeps trying to hype her up,” a fan says.

Florence Pugh is not happy with Olivia Wilde over Harry Styles.

While the new movie Don’t Worry Darling is set to be released on September 23, 2022, a totally new drama unrelated to the movie is brewing. Pugh, one of the cast members of the movie, is unhappy with Wilde.

Wilde and her now boyfriend Styles will appear on the red carpet for the world premiere of their new movie Don’t Worry Darling, which she directed at the Venice Film Festival.

Rumors that Wilde and Pugh are at war are all over Reddit, and the first biggest clue is Pugh’s lack of promotion for the movie.

Meanwhile, the co-stars have frequently shared about the film on their social media, but given the fact that Pugh is the lead female role, she has not promoted the project. The actress posted a long Instagram post where she praised the whole crew but did not mention Wilde, as per ELLE.

According to one of the insiders, “I can tell you for a fact that Flo seeing Olivia and Harry all over each other on set did not go down well as Olivia was still with Jason when she first hooked up with Harry.”

Jason Sudeikis is the ex-husband of the director, Wilde, who got engaged in 2012 and has two children together, Otis and Daisy. At the time, many sources claimed Wilde’s relationship with Styles was the main reason for the separation, with one insider telling Page Six that the affair with Styles had been ongoing for a month.

When Wilde uploaded the full official trailer of the movie, Pugh failed to like the post, which was strange according to her fans. Following that up, Wilde posted a photo of Pugh saying, “Watching this woman work was such a thrill! Cannot wait to show you more.”

But, the same day, Pugh posted a teaser for another new movie, Oppenheimer while ignoring the post made by Wilde. She was a big fan of Wilde’s work before the feud, which led her from being a vocal supporter of Wilde to a silent star.

It is a hot topic on Reddit as well as many other social media, and people are going absolutely crazy. One of the fans said, “All I’m saying is if her director weren’t dating her co-star, she wouldn’t have been thrust into this unprovoked.”

“I think it’s so funny how Florence Pugh had said NOTHING about don’t worry darling and Olivia Wilde keeps trying to hype her up,” said another fan.

“I need to know what Olivia Wilde did to my baby Florence Pugh on the set of DWD because my girl has been SILENT on movie updates,” shared a fan.

Don’t Worry Darling is a psychological thriller film based on a story by Carey van Dyke, Shane Van Dyke, and Silberman. It revolves around a 1950s housewife, portrayed by Pugh, who finds an unsettling truth about her life, while her husband, played by Styles, hides a horrific secret.