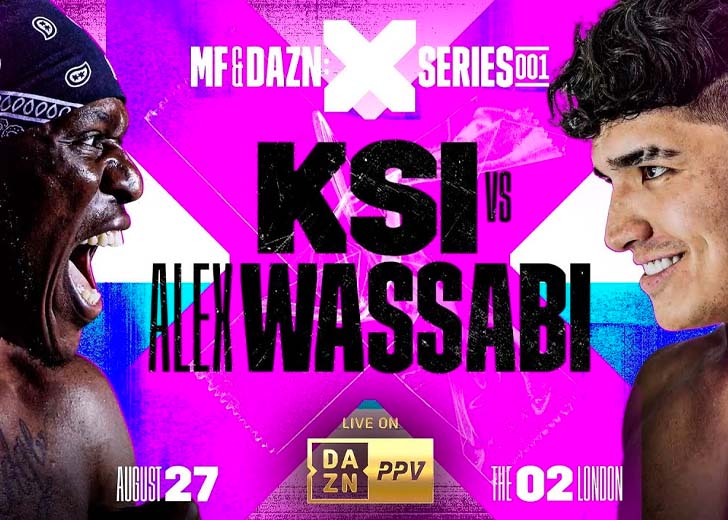 “I’ve recently suffered a serious injury & I will be back very soon,” Alex Wassabi says.

Alex Wassabi vs. KSI was canceled as Wassabi’s injury rumors broke out.

Wassabi and KSI were set to fight later this month on August 27 at The O2, London. But the clash between the two is now pulled out as Wassabi is rumored to face some serious injuries.

As soon as the fights were canceled, Jake Paul offered KSI for the fight but the latter sadly rejected the offer, saying he is still on the cards.

Alex Wassabi speaks about his injury and fight with KSI

On August 6, 2022, Keemstar, the host of the DramaAlert, reported that Wassabi had experienced an unknown injury just weeks before the fight through Twitter.

Keemstar heard the news regarding Wassabi’s injuries from sources close to Wassabi’s camp. Since then, the rumors started to spread like a fire. To address those rumors, Wassabi confirmed that the injury rumors were, in fact, true via Instagram.

Wassabi, who beat KSI’s younger brother, Deji, earlier this year, was set to clash with KSI on Saturday, August 27 but was forced to withdraw.

Wassabi, through his Instagram, disclosed the reason behind his pull out from the fight. He captioned the post, “with all these rumors going around, there are only 2 things that are true. I’ve recently suffered a serious injury & I will be back very soon.”

He added, “You don’t play with concussions. new fight date announcement on the way.”

Wassabi was really looking forward to this fight. He even posted a picture with what seemed like a rebellious comment saying, “One brother could not give me the challenger I crave. Let’s see if big bro has what it takes. August 27th big Deji will regret stepping into my weight class.”

Soon after the news was confirmed by the Wassabi himself, Jake Paul offered for the fight on the same date but was rejected by KSI. KSI tweeted, “I will honor my word to my fans and to my opponent because my word means something unlike yours.”

He also added, “The show will go on on August 27th and you or MVP won’t have a thing to do with it. Enjoy your night out buddy @jakepaul.”

Another tweet included, “What you didn’t know is that we actually contracted another fighter in case you guys pulled something like this. @jakepaul.”

KSI’s real name is JJ Olatunji, whose last fight was in 2019 with Jake’s older brother Logan Paul. He is preparing for the first fight since he was announced victorious against Logan in a professional rematch in 2019.

Who will KSI fight now that the fight with Wassabi has been canceled?

Dramaalert has confirmed that musician KSI will be fighting Swarmz on August 27 at The O2, London. Swarmz’s real name is Brandon Scott and he is a British singer and rapper as well as a former semi-professional footballer.

KSI and Swarmz have known each other as they have worked together on a song titled ‘Houdini’ previously, which did well. KSI’s manager revealed the reason behind this fight is that KSI has some private beef going on with Swarms which has not been public yet.

The manager explained, “Swarmz decided not to show up to an event he committed to show up to, which was disrespect.” Additionally, he said, “He turned up three hours late and JJ did not like this and Swarmz hates JJ for whatever reason.”