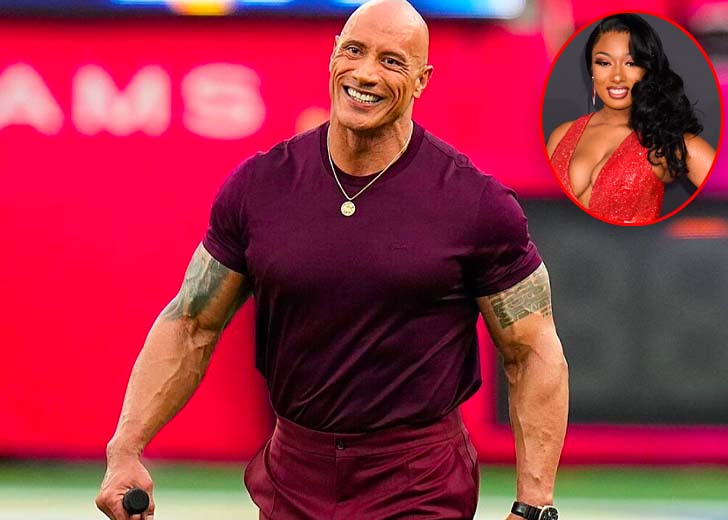 When asked which celebrity he would wanna be a pet of, The Rock said, “Megan Thee Stallion.”

Fans are speechless after The Rock’s response to the question was unexpected. In the latest interview, he was paired up with Kevin Hart to promote their new film DC League of Super-Pets.

The interviewer asked several questions to both the actors, like “Do you think people look like their pets” and “Did you guys have any weird pets growing up?”

Lastly, an interesting question popped out, “What celebrity would you wanna be a pet to?” Dwayne Johnson’s response was quite surprising and made his co-star roar with laughter.

The Rock, along with comedian Kevin Hart, was interviewed during the promotion of their new film DC League of Super-Pets. The interview was uploaded by Johnson on his official Instagram profile on August 7, 2022.

During the interview, the actors were asked several questions, and as mentioned, one of them was, “What celebrity would you wanna be a pet to?” The Rock, without feeling hesitant, replied that he wanted to be Megan Thee Stallion’s pet. And that made Hart burst into laughter.

The interviewer, in response, said, “Oh, that is a good one,” and further asked, “Why Megan Thee Stallion?” As a reply, he said, “We don’t have to talk about that.”

Since the video was uploaded, the admirers have had different reactions. Some of the fans were quite shocked while other fans found it very funny.

It has been a hot topic since the video has gone viral, and the fans all over Twitter are making hilarious comments. One of the tweets read, “The Rock said Megan Thee Stallion so quick like he’s been waiting his whole life for that question!”

“the quickness in which he answered that question…so very REAL of him,” said one of the tweets by his fans.

As per ace showbiz, the former wrestler is also being ridiculed online after disclosing that he apparently has a crush on the rapper.

The Rock is a father to three children and a husband to Lauren Hashian, whom he married in 2019. Hashian is the daughter of Boston drummer Sib Hashain.

The couple first met while Johnson was filming The Game Plan in 2006.

The pair has two beautiful daughters, Jasmine and Tiana. Jasmine was born on December 15, 2015, and two years later, Tiana stepped into the world on April 17, 2018.

Simone is the eldest daughter of Johnson, who he previously had with now ex-wife Dany Garcia.

The Rock’s daughters wishing him on his 50th birthday. (Source: Instagram)

Johnson is having a big year with DC League of Super-Pets, which premiered on July 27, 2022, in Los Angeles and grossed $83 million, and has been receiving positive reviews from the critics.

According to wegotthiscovered, the rapper Stallion may also be making a comic book adaptation appearance. It is rumored that she might have a role in the upcoming She-Hulk: Attorney at Law series.