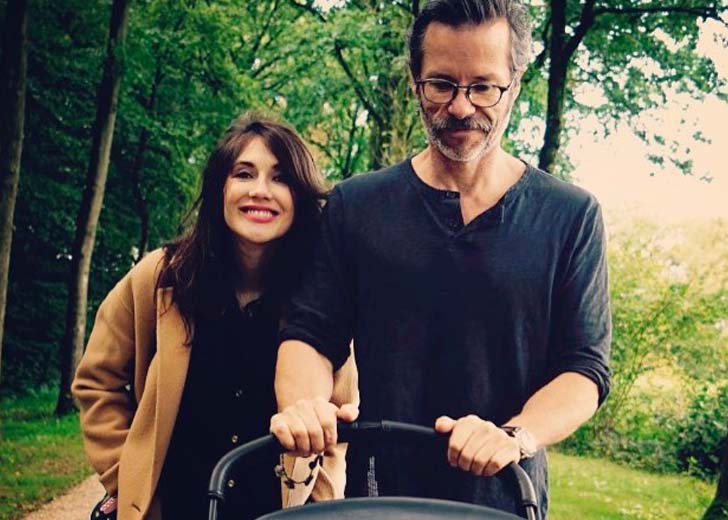 Guy Pearce said that becoming a father has made him more emotional.

According to TVOverMind, the actress gave birth to her child between the final two seasons of Game of Thrones.

The couple announced the birth of their baby on social media. Pearce wrote in the caption, “A cute little package arrived and told us his name’s, Monte Pearce. We intend to keep him. Anyone wants a placenta smoothie?”

Similarly, the couple frequently joked about how thrilled they were to welcome a real-life shadow baby into the world. Following the announcement, they attempted to avoid the inevitable Game of Thrones jokes on Twitter.

In one of her tweets, she wrote, “Ok. ‘I’m prepared to hear your shadow baby jokes.'” Later, Pearce replied, “Nothing like the prospect of a shadow baby to change your mind about becoming a Father!!”

But since the birth of her baby, Houten has shared only a few photos of their child, that too hiding the baby’s face or only showing a glimpse of his hand.

Pearce claims that becoming a father has made him more emotional. In a new interview with The Independent, he admitted that becoming a parent has changed his entire outlook on life.

According to him, his childhood was strongly affected by the death of his father, a test pilot, in an air accident. Therefore, he was forced to grow up quickly at the age of eight, and with an older sister with a rare developmental disorder, he had always been hesitant to have children of his own.

The reality of fatherhood, on the other hand, has surprised and delighted him — he noted that Monte shared his fundamental impatience and desire to perform.

Additionally, even though the couple keeps their four-year-old son’s upbringing in Houten’s native Netherlands a secret, Guy has acknowledged that having a child in his 50s can be challenging.

He told the Who magazine, “Having a young child at the ripe old age of 53 is a lot. But I’m focused on spending as much time as possible with him and being my best father.”

No, Houten and Pearce are not married, at least to public knowledge.

The actress met her partner in 2015 on the set of the film Brimstone. They began dating a few months after Pearce’s divorce from his ex-wife Kate Mestitz. The couple has been going strong since then, though they have yet to announce an engagement or marriage.

Guy Pearce has the most support from his partner Carice Van Houten. (Source: DailyMail)

Moreover, Pearce revealed in May 2018 that his divorce from his high school sweetheart ex-wife, with whom he was married for 18 years, had prompted suicidal thoughts.

He has thus credited his present partner Houten and their son Monte for supporting him through a difficult period of his life.

That being said, even though the couple has been together for several years, they maintain a low profile and rarely share photos of themselves on social media.

The actor does not appear to have an Instagram account, but he is very active on Twitter. He rarely posts photos of his family on social media but frequently mentions them.

While Pearce and Houten prefer to keep Monte out of the spotlight, the actress shared a few pictures of herself. At the same time, she was pregnant with him and occasionally updated her Instagram page with images of the outfits she had chosen for him that day.