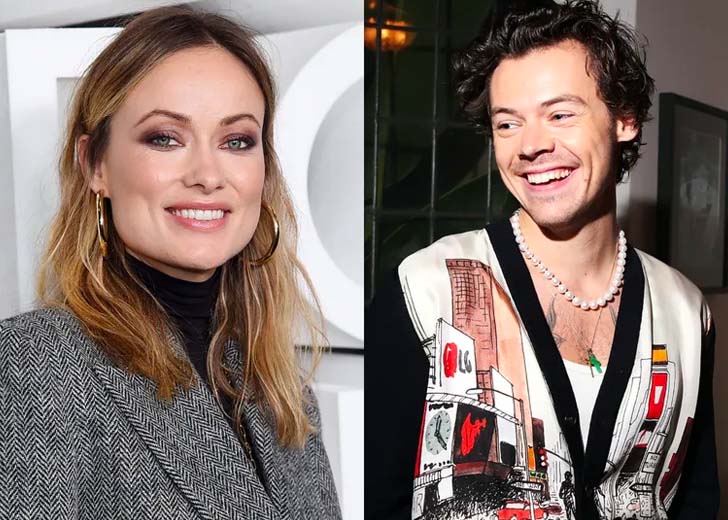 On September 23, 2022, the new film Don’t Worry Darling is scheduled for release; nevertheless, a brand-new drama that has nothing to do with the film is brewing.

Singer Harry Styles and filmmaker Olivia Wilde first met on the Don’t Worry Darling set — which she directed. Although they have not spoken much about their romance, rumors have filled the gaps.

People have criticized the couple for having an age difference and mocked Wilde’s dancing. Users have created long Twitter threads and videos to cancel her for bad jokes she made a long time ago.

Since Wilde was seen with Style at his agent’s wedding in California, they have been subjected to online insults and trolls from several Twitter users.

Twitterati from all over the world have expressed outrage about their age gap. Additionally, Wilde has been exposed to much more verbal harassment after being in a relationship with Styles.

After Wilde was seen enjoying and dancing at her boyfriend’s concert in August 2022, fans immediately made fun of her dance. Styles’ fans have made lengthy Twitter threads canceling her for insensitive jokes she made about a decade ago.

But Styles could not remain silent after the abuse he faced and insults made towards his girlfriend. Styles responded, “That obviously doesn’t make me feel good.”

According to RollingStone, he claimed to have established boundaries between his public and private lives, but “people blur the line for you.” No matter how strange it may seem, there are a talk Styles must have early on in a relationship.

He said, “Can you imagine going on a second date with someone and being like, ‘OK, there’s this corner of the thing, and they’re going to say this, and it’s going to be really crazy, But anyway, what do you want to eat?’”

Styles and Wilde first met on the set of their movie, Don’t Worry Darling, and stepped out as a couple while attending his manager and close friend Jeffrey Azoff’s wedding.

They were captured holding hands during the wedding in January 2021. A source told People, “What started out as a close friendship, quickly turned romantic.”

The duo was “extremely serious,” according to a source who spoke to PEOPLE in February 2021, and they spent “all their time together” on the Don’t Worry Darling set. In July 2021, they went on a vacation to Italy, where they were photographed kissing each other.

Styles and Wilde have been in a relationship for over a year and are still going strong. They celebrated Style’s 28th birthday in February 2022.

Harry Styles and Olivia Wilde were seen in Soho on March 15, 2022, in London. (Source: Getty Images)

Moreover, Styles released his first song after more than two years in April 2022 titled, ‘As It Was,’ and fans assumed the song was dedicated to his girlfriend, Wilde.

Wilde and her boyfriend Styles are set to appear on the red carpet at the Venice Film Festival for the world premiere of their new movie Don’t Worry Darling.

Don’t Worry Darling is a psychological thriller film based on a story by Carey van Dyke, Shane Van Dyke, and Silberman. It revolves around a 1950s housewife, portrayed by Pugh, who finds an unsettling truth about her life while her husband, played by Styles, hides a horrific secret.