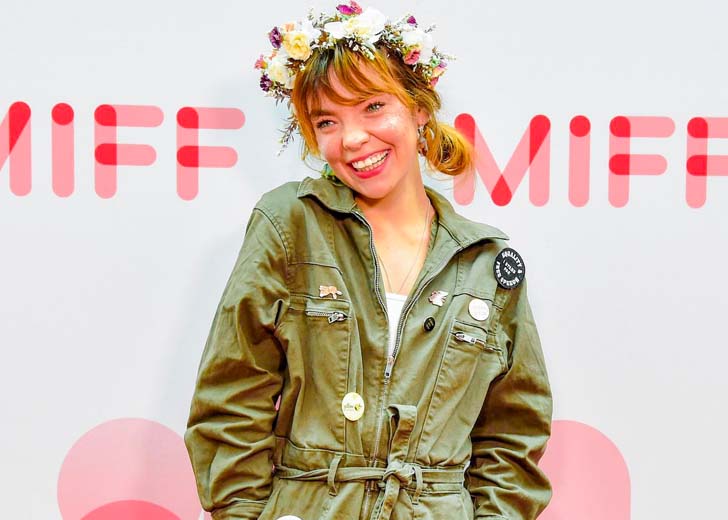 Chloe Hayden was bullied throughout her childhood because of her Autism condition, which led to her hospitalization for anorexia.

Chloe Hayden is an award-winning Australian actor, motivational speaker, author, influencer, disability rights activist, and advocate. She is committed to bringing about change, celebrating diversity, and working toward a brighter future.

Hayden was diagnosed with Autism at the age of thirteen. She struggled with school, social inclusion, sensory issues, and just about everything else under the sun for a long time.

The Australian actor started her speaking career when she was eighteen years old. She is now a powerhouse of advocacy and boldly shares her digital and physical voice. Similarly, her online platform has 500,000 followers and nearly a billion views.

Hayden also speaks in-person presentations at seminars, conferences, and schools about Autism; she has reached over a hundred thousand people on three continents.

Hayden joined Tiktok to share One Direction videos. She did not consider the platform for conversation and advocacy at the time. Later, she noticed a rapping trend going viral on TikTok, so she decided to join and create a rap about autism.

One of her videos went viral overnight, amassing five million views and thousands of comments. Since then, she has been speaking about autism on the TikTok platform.

Similarly, the motivational speaker started her YouTube channel to make an autism-related video, especially for kids and parents who might not have the time to sit down and read a lengthy blog post.

She also portrayed Quinn in the Netflix series Heartbreak High. Her character is autistic, just like Hayden. In the series, she is Darren’s best friend and a master of impersonation and masking.

Who is Chloe Hayden’s parents: All about her early life

The motivational speaker grew up near Geelong, in the Australian state of Victoria. She has a younger brother, who is also autistic, and an adopted brother and sister from Taiwan.

She was bullied throughout her childhood and early teenage years, ending her time in hospital for anorexia. She had been to ten schools and fifteen houses across Victoria and Perth by thirteen. She struggled with anorexia until the age of twenty-two.

She also suffered from anxiety, depression, and panic attacks.

Heartbreak High actress currently lives outside of Geelong, Victoria, on the land of the Wadawurrung people. Now, she lives on a beautiful little farm with about 75 animals (horses, chickens, frogs, axolotls, birds.

The social media influencer is dating her boyfriend, Dylan Rohan. They met in October 2020 and quickly became best friends. Later, they realized they were perfect for each other after conversing.

Hayden usually uploads a photo of herself and her boyfriend to Instagram. Recently, she shared a video of her and Rohan watching sharks.

She captioned the post, “Autistic joy is something so uniquely special- a privilege that I have only recently allowed myself the solace of having outwardly. Be with those who will cherish and support your joy.”

Additionally, she wrote an emotional Instagram post about their first year of dating. She thanked him for providing comfort and bearing with her recitals of Disney songs.

The two have a sweet relationship based on mutual support and understanding.

Is Maya Hawke Gay? If Not, Who Is She Dating? Here Is A Look At ‘Stranger Things’ Star’s Personal Life