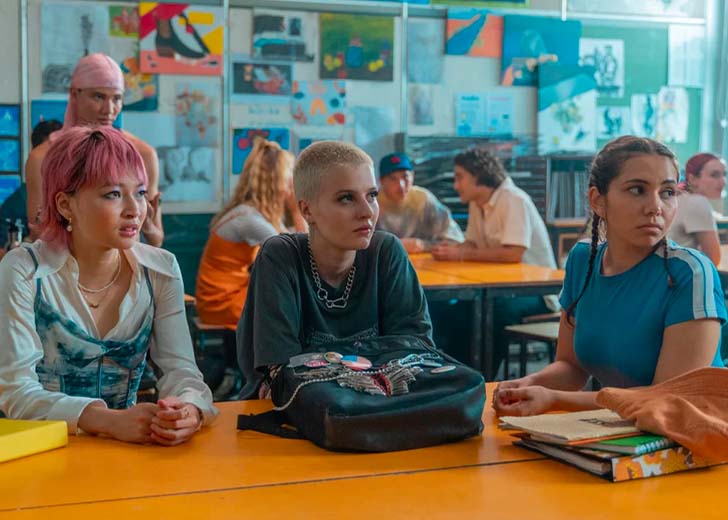 Heartbreak High is a remake of the original 1990s series titled the same.

The new Australian drama from Netflix is coming to the United States, and just from the trailer, you can say that this is the kind of show you could lose yourself in.

The first full trailer for Netflix’s highly anticipated remake of the beloved Australian series Heartbreak High, which aired for seven seasons in the 1990s, has been released.

Fans are having a mixed reaction to the trailer, as seen in the trailer’s comment section. Many people say it is unrealistic, but some fans anticipate it to be as good as the originals.

While some fans commented, “I love high school dramas,” others said that the plot is too predictable.

“Does Netflix ever get tired of making shows on unrealistic high school dramas where the main character hates herself in the beginning, and it always ends with her giving a speech about accepting herself,” wrote another viewer.

The Netflix series’ first trailer introduces us to a new group of teenagers at Hartley High as they deal with love, sex, and heartache in the present. Here’s some in-depth information about the show.

Show is inspired by the original 1994 series titled the same

In an interview with The Guardian in 2020, Netflix’s director of original content in Australia, Que Minh Luu, said the show, set at Hartley High in the present day, was “inspired by” but “totally reimagined” for a new generation.

“We want to reflect what it’s like to be a young person today,” Luu explained.

Next month will see the release of eight episodes of Heartbreak High, a revival of the original 1994 series that perfectly captures the dreamy, Prismacolor aesthetic made famous by shows like Euphoria while maintaining unique energy.

We can tell the show will not hold back in delivering a fresh account of adolescent years filled with rage and happiness.

It’s already similar to the UK’s Sex Education, with fights in the school hallways, adult toys flying across the quad, and a female character yelling about her reproductive organ from a rooftop — though the accents, beaches, and police vehicles make it distinctly and avowedly Aussie.

The plot of Heartbreak High begins with the discovery of a secret map detailing everyone’s relationships in extreme detail. Amerie, its creator, is quickly made an outcast as the school attempts to intervene by enforcing a dreaded “sexual education” program to counteract its students’ sexuality.

Amerie is followed as she tries to redeem herself and her reputation, save old friendships, and navigate love and heartbreak alone. Amerie, the main character in Heartbreak High, is a confident rebel played by Ayesha Madon.

Chloe Hayden plays her new friend, Quinni, who is neurodivergent and honest to a fault, and James Majoos plays Darren, who is described as “super-duper gay.” Netflix refers to them collectively as “THE HEART, THE BRAINS, AND THE CLITORIS.”

Netflix is set to release the series in the coming month, and on September 14, viewers can expect to see all eight episodes of season one.

The show represents the LGBTQIA+ community

When the first season of Heartbreak High premiered in 1994, it was a cultural watershed moment. As one of the first shows to feature a culturally diverse cast, it was hailed as groundbreaking.

Similarly, the reboot strives to embrace multiculturalism while attempting to go greater depth with representation from LGBTQIA+ and First Nations communities to allow for more nuanced storylines around topics such as racism, transphobia, and same-sex relationships, which Australian television is still relatively inexperienced in portraying authentically.