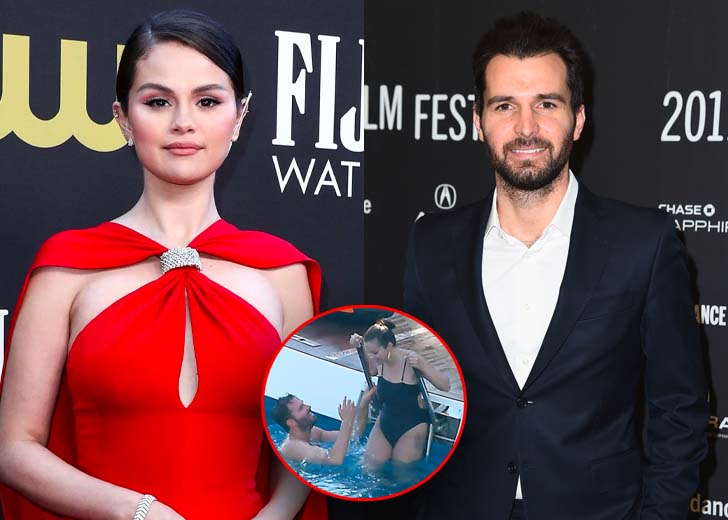 Selena Gomez and Andrea Lervolino became close after collaborating on ‘In Dubious Battle’ in 2016.

Selena Gomez was spotted partying with Italian-Canadian film producer Andrea Iervolino while celebrating her 30th birthday in Italy, which sparked romance rumors about the pair.

Gomez has always been outspoken about her romantic life, or lack thereof, frequently referencing and celebrating her single status. But it appears that Gomez has found herself a boyfriend in Iervolino.

Daily Mail published photos of Gomez on a yacht in Positano with a group of friends, including the Italian-Canadian film producer, on August 4. The singer was wearing a black swimsuit.

They all had a great time in Italy, celebrating by eating, swimming, shopping, partying on their boat, and banana boat rafting.

On the other, Gomez and Lervolino were seen flirting with each other as they couldn’t keep their hands to themselves, and Iervolino had Gomez by the ankle as she dangled her feet in the water.

While some outlets hinted that the pair are dating, Us Weekly reported that Gomez is not romantically linked to Iervolino.

Despite the singer being seen cuddling with the producer earlier this month in Italy, the outlet’s source claimed that “Selena and Andrea are just friends.”

“She’s really happy and fine with being single. Her biggest supporters are her closest friends, who are all around her,” the report added.

Similarly, according to Entertainment Tonight, Gomez is reportedly single. She is receptive towards love but is also very self and career-centered at the moment.

Fans were left even more perplexed after it was claimed that Iervolino was quite close to Gomez at her most recent birthday party after this source’s claims became public. He hugged her, kissed her on the forehead as they gazed out at the water, and even danced with her, according to Page Six.

However, Gomez and Iervolino have yet to respond to the rumor and have neither confirmed nor denied it.

Selena Gomez and Andrea Iervolino have been linked before

Gomez and Iervolino apparently have a long history and have previously celebrated their birthdays together.

They became close over the years after collaborating on In Dubious Battle in 2016. They have a great time together, but there is no romance between them.

The friendship between the two has become more precise since the film’s release, as evidenced by Iervolino’s attendance at Gomez’s 27th birthday celebration, where she also traveled to Italy.

The couple was previously spotted out and about in July 2021, when they celebrated the Fourth of July in Los Angeles, California.

Moreover, the duo has been associated in the past because they went to the CHOC Children’s Hospital Prom together in 2018.

Despite this, neither party has admitted they ever had a romantic relationship, and Gomez herself has recently been said to be single by a source.

Who Are Anna-Maria Sieklucka's Parents? Inside Her Polish Roots