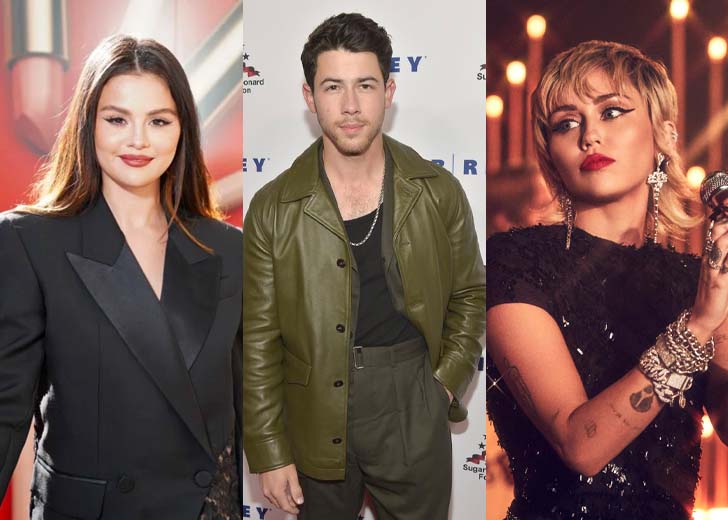 Salena Gomez said, “Me and Cyrus were both sixteen at the time and had a crush on the same boy.”

There was a complicated love triangle between Nick Jonas, Selena Gomez, and Miley Cyrus more than a decade ago.

Gomez and Jonas began dating in 2008, and they were both busy making their mark on Disney Channel. Furthermore, in June of the same year, Gomez played Jonas’ love interest in The Jonas Brothers’ 2008 music video, Burnin’ Up.

However, it does not appear to be as simple as that. Jonas was in a relationship with Cyrus before Gomez, and they have appeared on a couple of episodes of Cyrus’s show Hannah Montana.

Moreover, Jonas began dating Gomez shortly after he and Cyrus called it quits in late 2007. Many of their fans thought he had moved on faster than anyone would expect.

Unfortunately, Jonas and Gomez’s relationship lasted only a short time before they parted ways. The entire conflict with Cyrus and the trolling drama occurred shortly afterward, and Cyrus had nothing to do with their decision.

There was news in February 2010 that Gomez and Jonas wanted to renew their relationship because they were seen having dinner and bowling together. As a result, people eventually assumed things on their own.

However, it is possible that they were hanging out as friends because they did not have a bad breakup and are still friends.

Gomez and Jonas kept their relationship a secret, but it didn’t take long for their love to develop into a social media feud.

At the time, Cyrus was still in love with Jonas, so seeing him quickly move on from her was like rubbing salt in her wounds. So, whether or not it was intentional, she did react.

Gomez uploaded a YouTube video in December 2008 in which Cyrus and Mandy Jiroux made fun of her and her then-best friend, Demi Lovato. Later, Cyrus expressed regret to her Disney co-stars and claimed that she didn’t mean anything negative by the video.

She further clarified to Pop Star! Magazine that she had no bad intentions and that they were having fun.

Selena Gomez and Nick Jonas responded to their love triangle

In an interview with W three years ago, Gomez addressed the feud rumors, claiming, “We never feuded. When we were both sixteen, we admired the same boy.”

Likewise, she once stated in an interview in 2015 that they were both babies when they dated. Also, they caught up the other day, and it’s really fun to be able to do that. It was like puppy love for her but very sweet.

Moreover, Jonas revealed that when he and Gomez were dating, the ‘Who Says’ singer was unhappy about having to walk 20 feet away from him to keep their relationship private.

He said, “Even though people were taking pictures of us and we were there together, I prefer to stand 25 feet apart. As a result, her Central Park experience was ruined. So she and Taylor Swift walked 25 feet behind us as we walked through the park by ourselves.”